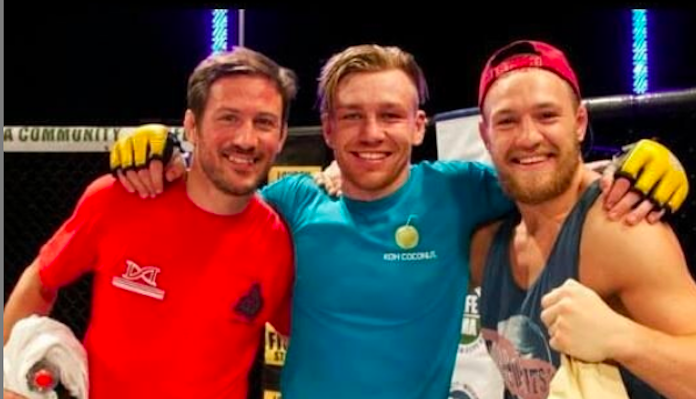 Former two-division UFC champion Conor McGregor has stepped in to prevent an Irish MMA gym from closing its doors due to the pandemic.

Earlier this month, SBG Portarlington was forced to shut down due to the financial strains caused by the pandemic. McGregor, who is a long-time friend and training partner of the gym’s owner, decided to intervene.

Read the story below:

“From the lowest low to the highest high,” a post from the SBG Portarlington Instagram account read. “WE ARE NOT CLOSING!! Our team-mate and friend Conor McGregor has decided to help us out and keep the gym running. We will be eternally grateful. To everyone that messaged and got in touch with us to show your support, thank you all so much. See you all on the mats. Oss!”

“An inspiring story unfolded over the weekend. GAMA founder @honeybadgermma was forced to close his gym after 4 years due to overdue rent and the fact that Covid 19 had devastated his gym,” an Instagram post the Irish BJJ and MMA organization GAMA read

“As everyone who has competed at GAMA knows @sbgport is so much more than a gym. It’s a home, a school, a community, and a family. Philip and his wife Alvina have had a massive impact on everyone who steps foot on their mats each week, and through GAMA, the wider MMA and BJJ community. Without them there would be no GAMA.

“With SBG Port closed, the outlook for GAMA surviving was also looking extremely bleak. However, in a true act of honour, Conor McGregor stepped in to help his friend and team mate Philip by saving SBG Port.

“Conor and Philip started out together in a small sweaty gym in Dublin, before anyone in Ireland even knew what MMA was, before their was an Irish UFC world Champion, an Irish UFC double champion, and before Conor shook the world.

“No matter how much fame and stardom Conor gains, he never forgets where he came from and the people who helped along the way.

“This is a true testament to the complex character of Conor. He leads by example, by doing. He continues to be an inspiration to the Irish Martial Arts community by not only the way he performs in the cage, but by how he acts outside it. This is a true martial arts story of loyalty, honour and respect.”

Conor McGregor is slated to return to the cage on January 23, when he battles Dustin Poirier at UFC 257. What do you think of this classy move from Irish MMA legend?