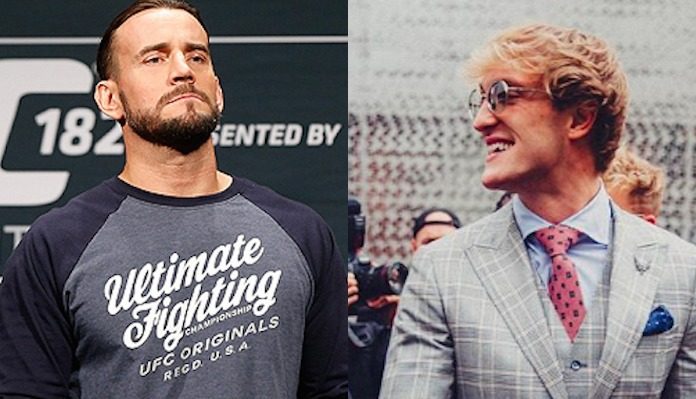 The opening betting odds have been released for a potential MMA fight between former WWE superstar CM Punk and YouTuber Logan Paul.

The online sportsbook Bovada released the opening odds for CM Punk vs. Paul. Check them out below, courtesy of BestFightOdds.com.

After Paul lost a split decision to KSI in a boxing match between the YouTube sensations this past weekend on DAZN, KSI suggested to Paul in the post-fight interview that he fight CM Punk next in MMA. Paul later spoke to TMZ and said that he was undecided about what is next for him, but is not writing off a potential foray into the world of mixed martial arts. He has no MMA experience, just some experience in wrestling, but if he does venture into the sport he would draw plenty of viewers due to his star power.

As for CM Punk, he has fought twice in the UFC. He lost his Octagon debut to Mickey Gall at UFC 203 by submission and then returned to the Octagon only to lose a decision to Mike Jackson at UFC 225. He was a long-time WWE superstar who had no MMA experience prior to making his UFC debut and it showed as he had two poor performances inside the Octagon. However, both his fights had plenty of eyeballs on them and he is still in the USADA testing pool, making an eventual return to the Octagon a possibility.

If this fight was to actually happen it’s hard to say how CM Punk and Paul would match up due to Paul’s lack of MMA experience. However, Paul is far younger than CM Punk and if he can train his ground game perhaps he could exploit Punk’s grappling just like Gall did.

Who would you have your money on in a potential MMA fight between CM Punk and Logan Paul?