Home » MMA News » UFC » Ciryl Gane discloses how much money he made for kn... 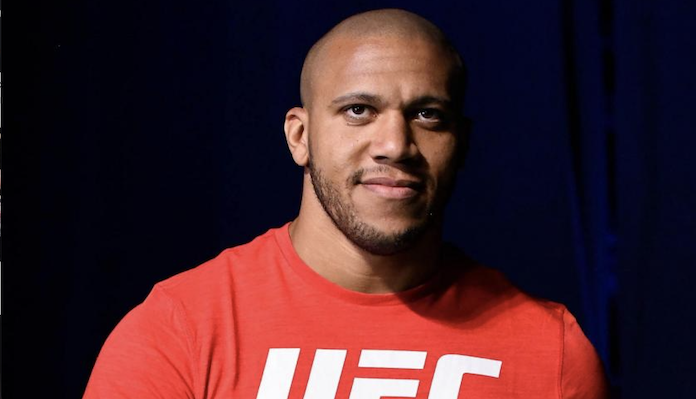 New UFC interim heavyweight champion Ciryl Gane disclosed how much money he made for recently knocking out Derrick Lewis at UFC 265.

Gane is one of the hottest names in MMA right now. Since starting MMA in 2018, the 31-year-old Frenchman has been nothing short of dominant, going 10-0 as a pro, including a brilliant 7-0 record in the UFC alone. His biggest win to date came earlier this month at UFC 265 when he scored a third-round TKO victory over Lewis to capture the promotion’s interim heavyweight championship. “Bon Gamin” will next take on his former training partner, UFC heavyweight champion Francis Ngannou, in a title unification matchup.

Speaking to French media outlet L’Equippe in a recent interview, Gane disclosed just how much money he made for his win over Lewis. According to the interim heavyweight champ, he was paid a $350,000 purse for his fight. However, after paying taxes, his coaches, and accounting for currency conversion, Gane was left with roughly $190,000. In addition to his fight purse, Gane was also the recipient of a $50,000 bonus for “Performance of the Night,” and he also took home $32,000 in compliance pay, according to MMAjunkie.com.

It’s not known if Gane also had pay-per-view points in his contract which could give him a boost on his fight purse. Either way, compared to many MMA fighters, Gane is doing much better than most of them. But at the same time, as a UFC champion, he is likely hoping to start making seven figures going forward, especially if he is able to defeat Ngannou for the belt. Not only that, but his tax rate as a foreign fighter is very high, which didn’t help his take-home purse. At the end of the day, though, he’s a UFC champion and making six figures. Compared to where he was a few years ago, it’s night and day, but Gane is a special talent and is likely looking to become one of the sport’s highest-paid fighters.

Do you think Ciryl Gane was paid a fair purse for his UFC 265 victory over Derrick Lewis?