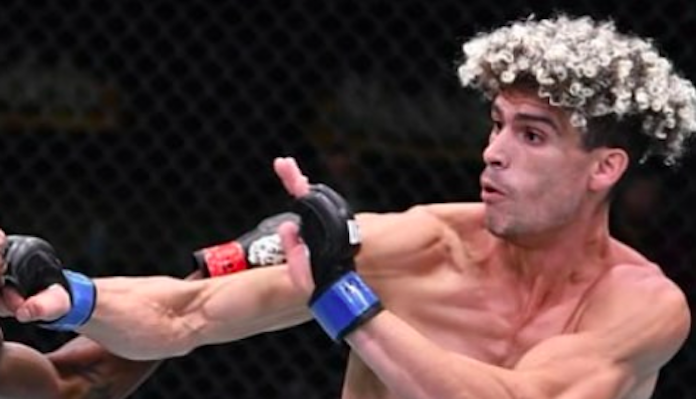 Ontiveros made his UFC debut on short notice when he took on top-ranked middleweight contender Kevin Holland at the UFC Fight Night: Hall vs. Silva card on Halloween. The fight did not go well for Ontiveros, as he suffered a brutal neck injury when Holland slammed him on the ground and finished him early in the fight. To make matters worse for Ontiveros, he tested positive for a banned substance after the fight and he was given a six-month retroactive suspension.

The Nevada State Athletic Commission on Tuesday hit Ontiveros with the six-month ban after testing positive for traces of DHCMT M3 metabolites. This is the same banned substance that former UFC light heavyweight champion Jon Jones famously tested positive for several years ago (h/t MMAFighting.com).  As part of his punishment, Ontiveros will be subject to random drug tests for his picogram levels. If he passes them, he can fight against starting on April 30.

Ontiveros (11-7) has only fought that one time in the UFC against Holland and he suffered a nasty loss in it. Prior to joining the UFC, the 29-year-old Texas native had won two fights by knockout in local regional promotion Fury FC to get signed to the big show. In his earlier career, Ontiveros also fought for Bellator, where he was knocked out by Michael Page in 2015. He also has a notable stoppage loss to Geoff Neal on his resume from his time in Legacy FC. Though Ontiveros fought Holland at 185lbs, he naturally competes at 170lbs, and if he gets another fight in the UFC it will likely be contested at welterweight.

Do you think the UFC will keep Charlie Ontiveros on the roster through his suspension, or could he be among the 60 fighters released from the promotion?