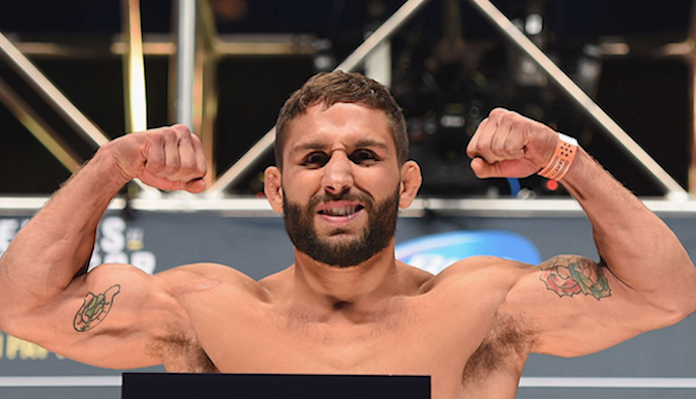 Mendes recently announced that he will come out of retirement and fight for BKFC. We haven’t seen “Money” fight since a 2018 knockout loss to Alexander Volkanovski, and the end of his UFC career did not go well for him as he lost three of his final four fights in the promotion — all by knockout. However, after taking nearly three years off to rest and recover, Mendes has the itch to compete again and he will next take his talents to BKFC.

Speaking to MMAjunkie.com’s John Morgan in a recent interview, Mendes admitted that, before he signed on the dotted line with BKFC, he had to convince his wife that the juice was worth the squeeze. According to Mendes, his wife still isn’t completely convinced that going the bare-knuckle boxing route is the right one, but Mendes believes that the sport is safer than MMA because it is a more one-dimensional sport than mixed martial arts is.

“It was definitely something that took a little persuading, for sure. She’s still not 100% in on it, but she’s very supportive of anything that I want to do. She’s like, ‘Are you kidding me? I thought we were done with all of this?'” Mendes said.

“I think MMA is honestly a lot more dangerous. You got people throwing head kicks whizzing past your head or connecting (and it’s) lights out. You’ve got big knees, elbows, people running submissions and tearing tendons and ligaments.”

It will be interesting to see how Mendes performs in the BKFC cage. Before he retired from MMA, Mendes was one of the most athletic wrestlers with KO power in the UFC featherweight division, but the one flaw he had was a chin that didn’t allow him to take much damage. It will be intriguing to see how his chin holds up in bare-knuckle boxing.

Do you agree with Chad Mendes that MMA is more dangerous than bare-knuckle boxing?