Alvarez (56-1-2) puts his WBA, WBC, WBO and The Ring champion titles on the line against IBF champion Caleb Plant (21-0) this evening in Las Vegas. The winner of the contest will become the first undisputed super middleweight champion in boxing history.

Ahead of his highly anticipated showdown with the undefeated American, Canelo received a callout from reigning UFC welterweight champion Kamaru Usman.

“To be honest with you, I’ll tell you what will really get the people going. When have you ever seen two pound-for-pound fighters in the world in their respective sports go at it? Who’s the pound-for-pound best boxer in the world right now? It’s not about money, it’s about what gets me out of bed, what gets me scared! I want the chance. I want to fight Canelo.” – Kamaru told ESPN. 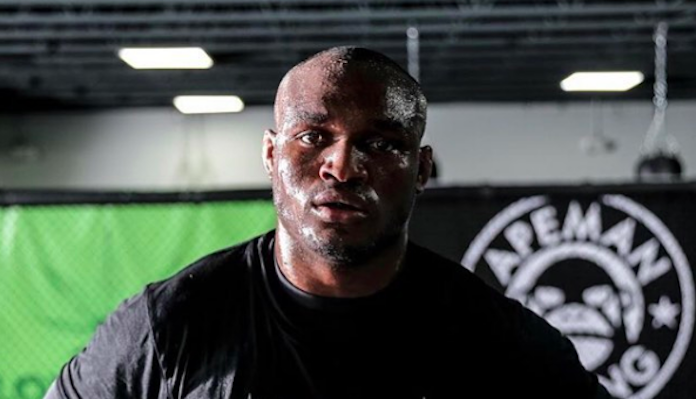 Alvarez was recently asked if he would consider having a boxing match with Usman during a interview with TMZ Sports and explained why the matchup “didn’t make sense” for his legacy.

“The reporters asked me about it and that’s what I know,” Canelo said of a possible boxing match with Usman. “I don’t see it. It doesn’t make sense for me because I just want to be good in… I want to make history in boxing. I don’t see anything right there (with Usman). So we’ll see. We’ll look at my number, and we’ll see.”

Kamaru Usman is set to defend his welterweight title against former opponent Colby Covington in the headliner of tonight’s UFC 268 event in New York City. The pair initially collided in December of 2019, with Usman leaving victorious.

Do you want to see Kamaru Usman enter the boxing ring with Canelo Alvarez?