Belal Muhammad has reacted to the confirmation that Leon Edwards will be returning to action against Nate Diaz and not against him.

Muhammad and Edwards recently squared off in a big UFC Fight Night main event, but it didn’t last long before an accidental eye poke brought proceedings to a premature end.

Nobody really knew what was going to happen next but there was a suggestion that the two could run it back in a rematch. Alas, we now know that won’t be happening for now.

While Edwards is booked for the Diaz fight, there are still lingering questions over the immediate future of Belal Muhammad.

It’s safe to say Muhammad has come out of this whole situation in a rough way, and that’s before you take into consideration the potential damage he suffered as a result of his eye injury.

There’s quite clearly something that needs to be done in order to make up for what’s happened, and at a bare minimum, he needs to be offered a decent fight. 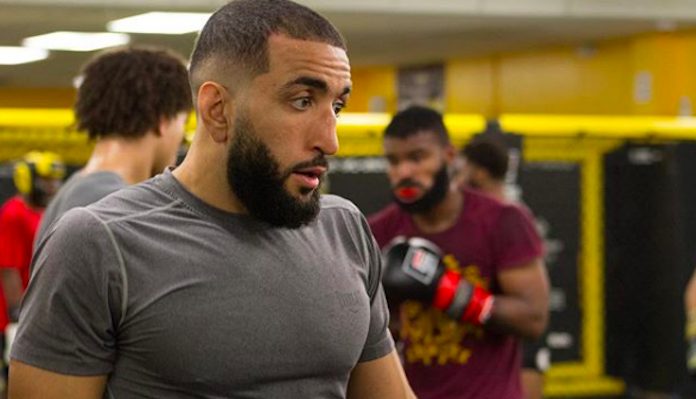 Belal Muhammad actually responded to a fan who suggested a Vicente Luque fight given that Nate Diaz, who Luque called out after his win over Tyron Woodley, is now scheduled to fight Edwards.

These are all ifs, buts and maybes right now but that’s the nature of the welterweight division. We all want to see some clarity and while many may not like it, Edwards vs Diaz is going to provide us with that.

Muhammad vs Luque has the potential to be a lot of fun, but in reality, the same could be said for anyone else in the top 15 at 170 pounds.

Who will Belal Muhammad fight next in the welterweight division? Let us know your thoughts in the comments, BJPENN Nation!