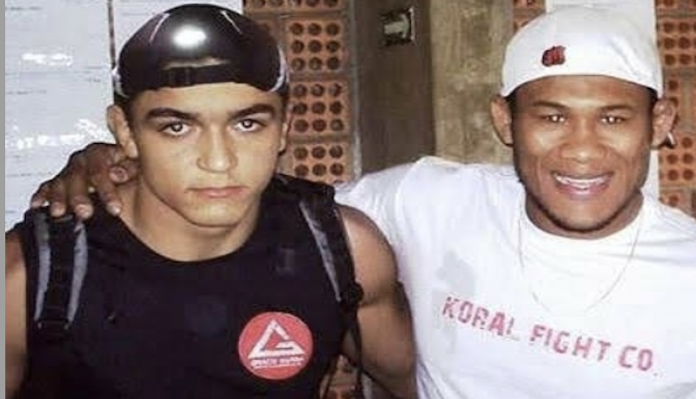 UFC middleweight Andre Muniz praised Ronaldo Souza after becoming the first man to submit him in MMA at UFC 262, saying “It was a privilege.”

Muniz was the underdog heading into the fight on Saturday night against Souza, the former Strikeforce middleweight champion, but he defied the odds and pulled off the upset when he snapped Souza’s arm with a nasty armbar at the end of the first round. This is the first time that Souza has ever been submitted in an MMA competition, and it came against a fighter with who many fans may not be familiar. But Muniz is a highly-decorated grappler in his own right, and the 31-year-old Brazilian was able to stop the 41-year-old Souza.

For many grapplers growing up in Brazil, Souza is a bit of a hero for them, and it’s no different for Muniz. Taking to his social media following UFC 262, Muniz praised “Jacare.”

It was a privilege! MMA is a sport. Inside the octagon we are working athletes, opponents at that moment. Regardless of the confrontation, I’m still a fan of @ronaldojacare. May you recover as quickly as possible. Oss!

For Muniz, the win over Souza was his seventh victory in a row as he improved to a perfect 3-0 record in the UFC with previous wins over Bartosz Fabinski and Antonio Arroyo. He also had two wins on Dana White’s Contender Series before joining the UFC. Though he might not have been well-known by fans heading into UFC 262, going in there and becoming the first man to submit Souza is the type of win that should give Muniz a huge boost in the UFC middleweight division. By beating Souza, Muniz seems to be closing in on the top-15.

What do you think is next for Andre Muniz after submitting Ronaldo Souza at UFC 262?