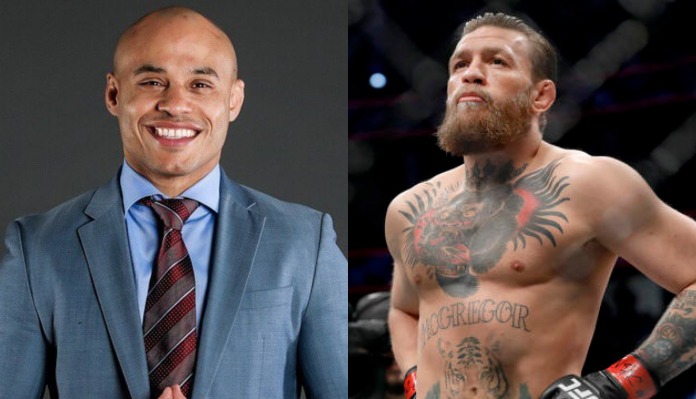 Ali Abdelaziz has taken a shot at Conor McGregor for his antics after losing to Dustin Poirier at UFC 264.

Abdelaziz has been locked in a war of words with McGregor for years now, dating all the way back to when Conor went up against Khabib Nurmagomedov at UFC 229. From that point on the pair haven’t been the best of friends and, to this day, Abdelaziz can’t help but throw shade at the Irishman – even when he isn’t directly involved.

During a recent interview with MMA Junkie, Ali spoke about some of McGregor’s remarks and actions after his leg break and loss to Poirier last Saturday night.

“He’s his own manager; he’s his own trainer; he’s the head coach; he’s everything,” Abdelaziz said. “When you have a whole bunch of ‘yes’ people around you, he’s not evolving his game. At the end of the day, good always defeats evil. He’s an evil human being. He can say whatever he wants. Of course, I don’t like the guy. But if he does something good, I’ll give him credit. How are you going to threaten to kill Dustin Poirier’s wife?”

“If I was Dana White, I would fine this guy $1 million,” Abdelaziz said. “Dana should have guidelines. I know Dana said, ‘We say mean things to each other.’ Can you imagine if somebody (said this) about Dana’s wife? I know Dana don’t give a sh*t, but in reality, (McGregor) is just completely wrong because this footage is for life. It’s for life. In reality, man, him and his entire people, they are just bad people, man. All of them. They’re delusional.”

Do you think Conor McGregor will be able to bounce back from his second straight loss to Dustin Poirier? Let us know your thoughts on this saga down in the comments, BJPENN Nation!