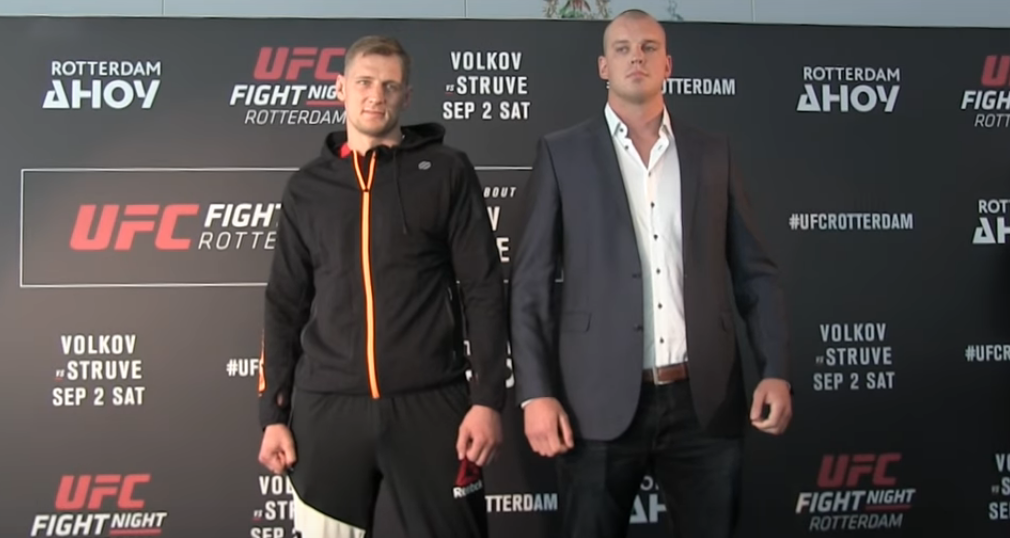 A middleweight scrap between Siyar Bahadurzada and Rob Wilkinson served as the co-main event of tonight’s UFC Fight Night 115 fight card in Rotterdam.

Round one begins and Wilkinson lands a low kick to start things off. Rob is walking forward early here. He lands a push kick to the body and then another. Siyar needs to find a way inside. Wilkinson misses with a head kick and Bahadurzada lands a nice right hand. They break and Wilkinson misses with another head kick attempt. He paws with his left jab and then throws a kick to the body of Siyar. Bahadurzada circles and then lands a right hand over the top. Wilkinson shoots in and unloads a knee. Siyar is pressed up against the cage but fires off a knee from the position. Wilkinson scores a takedown. Siyar scrambles right back to his feet. They battle against the cage exchanging knees. Siyar lands a nice left hook as they break. Ninety seconds remain. Siyar with a huge switch kick to the body. That hurt Wilkinson. Siyar attempts a d’arce choke. It is tight. Wilkinson scrambles and breaks free. We are back to standing and Wilkinson presses Siyar against the cage. He lands another big takedown. Siyar immediately scrambles back up to his feet. A good knee lands for Rob. Round one comes to an end.

Round two begins and Wilkinson lands a right hand followed by a low kick. Siyar just misses with a big right hook. Another low kick from Siyar. He presses forward with a combination but none of the strikes find the mark. Siyar misses with a wild left hook. Wilkinson connects with a one-two. Rob circles out and lands a low kick. Siyar misses with an attempted high kick. He lands a big right hand over the top that appears to stun Wilkinson. Siyar is pressing forward now. He charges in with a flurry. He lands a big uppercut that drops Wilkinson. Siyar is throwing punches in bunches now. Wilkinson is back up but he gets dropped again. More punches from Siyar and this one is all over! WOW!