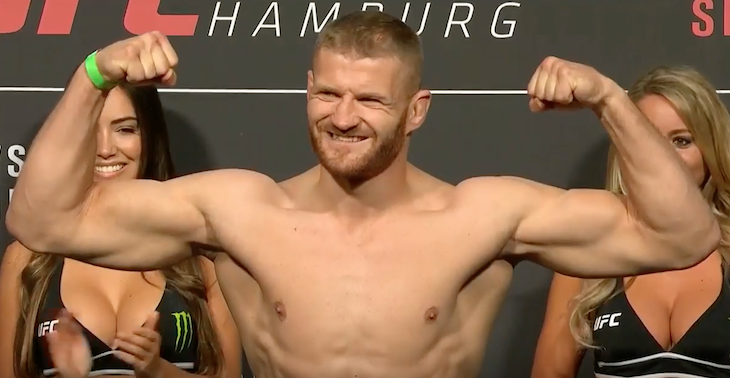 The event was headlined by a heavyweight tilt between former UFC champions Andrei Arlovski and Josh Barnett.

After an exciting back and forth first-round which saw both fighters (Arlovski and Barnett) get rocked by punches, Barnett was able to utilize his grappling skills to smother Arlovski in rounds two and three.

‘The Warmaster’ would eventually sink in a choke midway through the fights third-round which forced Andrei to tapout.

In the evening’s co-main attraction, former UFC light heavyweight title challenger Alexander Gustafsson scored a unanimous decision victory over a very game Jan Blachowicz. The Polish fighter was arguably getting the better of ‘The Mauler’ in the stand-up game but the versatile Swede was able to score some big takedowns and control Blachowicz on the ground on route to a decision win.

Also on the card was an intriguing light heavyweight showdown between Ryan Bader and Ilir Latifi. ‘Darth’ was able to catch Latifi with a devastating knee in the second-round which left Ilir out cold on the canvas.