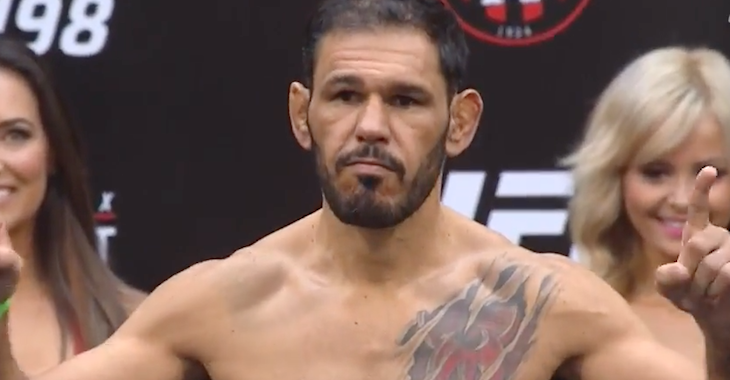 Round one begins and Cummins starts things off with a leg kick. Pat throws a high kick that misses. He follows up with another leg kick. Cummins shoots in for a takedown but Lil Nog stuffs it. Nogueira paws with the jab. Cummins with a good leg kick and then one to the body. Pat is keeping his distance well. He lands another inside leg kick on Rogerio. Good jab from Nogueira. He follows that up with a left hook. Cummins shoots in but can’t secure the takedown. Good kicks from Cummins. Nice uppercut scores for Cummins. He follows that up with a solid leg kick. Nice combo from Nogueira lands. Cummins with a short right hand. Nogueira with a big left and then a right hand. Cummins is hurt. Lil Nog with another big shot that drops Pat. Cummins is getting battered. He gets up to his feet and start absorbing huge shots. Finally the referee steps in and calls it.

Antonio Rogerio Nogueira TKO’s Patrick Cummins at 4:52 of round one