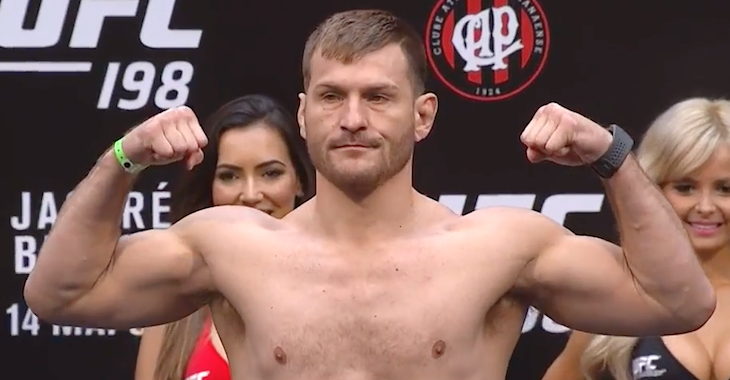 Performance of the night bonus – Stipe Miocic earned a bonus for his first-round knockout of Fabricio Werdum, which earned him the UFC’s coveted heavyweight championship.

Performance of the night bonus – “Jacare” Souza picked up a bonus for his first-round TKO victory over former UFC champion Vitor Belfort.

Fight of the night bonus – Francisco Trinaldo and Yancy Medeiros each earned bonuses for their three-round war which took place on the UFC 198 prelims. Trinaldo won the fight via unanimous decision.