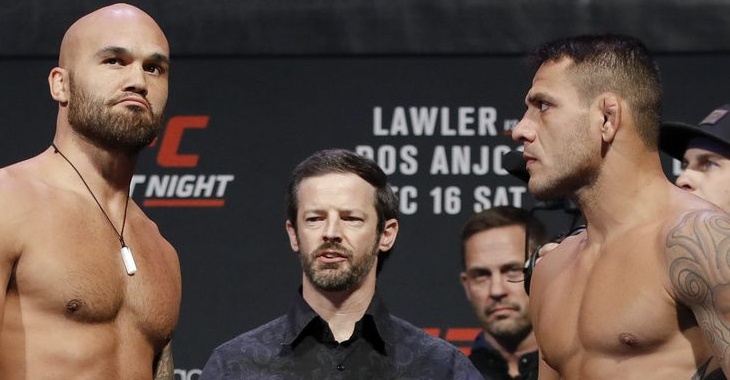 It’s been a rather up and down year for the UFC’s television rankings…well…mostly a down year numbers wise. And that trend continued with the UFC’s stacked Fox card this past Saturday which featured the likes of several top fighters like the former champions it was headlined by, Robbie Lawler and Rafael Dos Anjos. Final same day ratings were 2,107,000 viewers.

This made it the fourth-lowest number for a Fox card ever, even crazier about this is that it is the second most-watched MMA event on television this year and the most viewed since January. Along with being the new Star Wars movie’s opening weekend, the NFL also had a special Saturday night game between the Chargers and Chiefs that competed with the Fox 26 main card. The football game did 6,993,000 viewers. Fox 26’s peak was during the final three rounds of Lawler vs Dos Anjos, which averaged 3,071,000 viewers.

All three other Fox cards did roughly the same numbers showing no significant differences from one another. The other events of 2017 on Fox were headlined by Kelvin Gastelum and Chris Weidman, Demetrious Johnson and Wilson Reis then Valentina Shevchenko and Julianna Pena.

The fact that there was an NFL game on at the same time definitely did not help the numbers for the event, but one would imagine that a main event of this caliber should have done much better. Just a year ago this could have been a super fight between Lightweight and Welterweight champions.