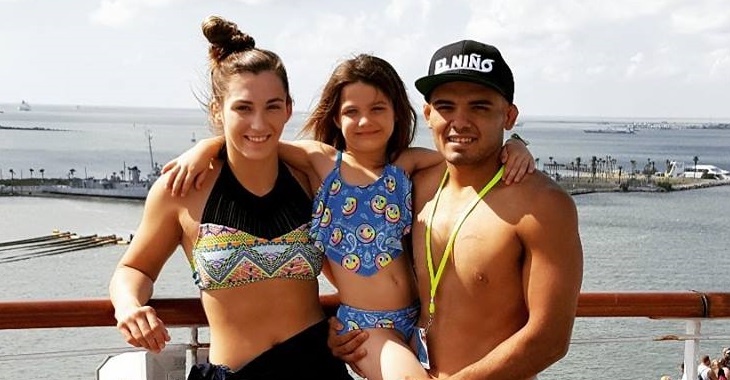 Those that know of Montana De La Rosa most likely know her…or knew her as Montana Stewart. That is until she got married and had her name changed! Her husband is the hot prospect and brand new UFC fighter, Mark De La Rosa who will be taking on top Flyweight, Tim Elliott at UFC 219 in a 135 lb Bantamweight bout. Mark is 9-0 and just 23 years old while Montana is 22 years old with an 8-4 record and is currently ranked #7 in the UFC’s Flyweight rankings.

With the UFC’s signing of Mark, it makes Montana and Mark the first married couple to ever compete on the UFC’s active roster at the same time. 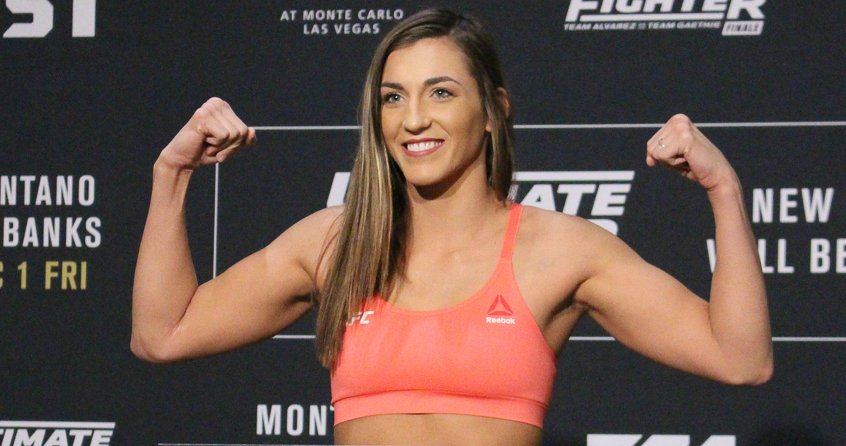 Montana was on season 26 of The Ultimate Fighter and won one fight before running into the eventual champion, Nicco Montano. In her UFC debut, she made quick work of fellow castmate, Christina Marks when she finished her by first-round armbar in just two minutes.

For her husband, Mark, he has no easy opponent awaiting him on the 30th. Elliott gave Flyweight king and pound-4-pound great, Demetrious Johnson absolutely all he could handle when he fought him for the title after winning season 24 of The Ultimate Fighter. But the fight being up at De La Rosa’s weight class should help even things out a bit on the betting lines. Mark De La Rosa has six of his nine wins coming by way of a finish, five by submission and the one other by TKO.

Mark’s signing came to fruition after a somewhat weird situation involving Elliott’s fight that was supposed to happen at UFC on Fox 26 in Winnipeg last Saturday. Initially, it was supposed to be Elliott taking on Justin Scoggins, that being before Scoggins was injured out of the fight. Then in stepped Pietro Menga who was going to be making his debut but could not make weight. Which now gives De La Rosa the chance of a lifetime and gives him and his wife Montana a little bit of UFC history all at the same time.