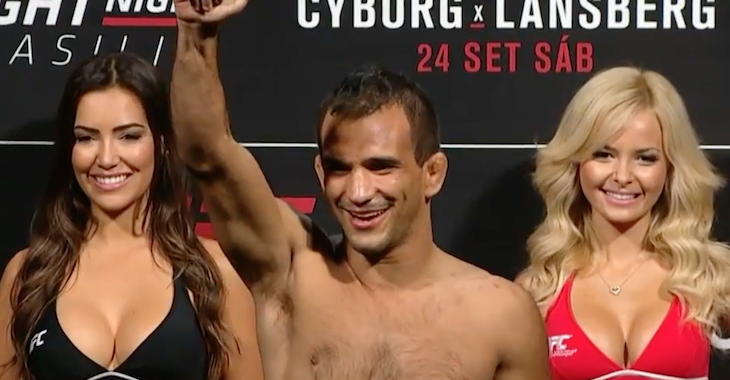 Round one begins and Tanaka lands a kick to the body and then a combination. Yahya presses forward and lands a solid combination. Rani shoots in and scores a takedown. He locks in a quick arm triangle choke. The submission is in tight. Tanaka is trying to defend but this looks deep. Tanaka gives the thumbs up. Rani has had Tanaka stuck in this sub for over two minutes now. Yahya finally lets go and steps over in to side control. Tanaka scrambles and is able to take top position. He begins working from half guard. Rani fights his way back to full guard. Tanaka works some short shots to the body. Yahya is doing a good job of defending. Round one comes to an end.

Round two begins and both men fire off with punches. Yahya shoots in but Tanaka is able to sweep Rani and wind up on top. The fighters scramble and Yahya is able to take the back of Tanaka. Rani tries to sink in a hook but Tanaka gets back up to his feet. Rani still has a hold of him and attempts to drag him to the floor. He does but the fighters land in an odd position. They scramble and Yahya winds up on top and in side control. Another scramble and Tanaka gets back to his feet but Yahya is all over him. Rani drags Tanaka back to the floor. He is trying to pull Tanaka away from the fence. Tanaka lands a judo throw and winds up on top. He begins working some short shots from full mount. Round two comes to an end.

Round three begins and Tanaka presses forward with a combination. He lands a kick but Yahya uses the strike to land a takedown. There is a scramble and Tanaka winds up on top. He begins working some left hands from the top. The referee steps in and stands them up. Crazy! That was not called for. Tanaka lands a big right and then scores a takedown. Rani looks to lock in a leg lock but eats some big shots during the attempt. Yahya scrambles and winds up on top. Tanaka fights hard to get back to his feet but is dragged right back down. Tanaka fights his way back up but Rani is relentless. He dives in with another shot but Tanaka winds up on top and rains down some strikes to finish.