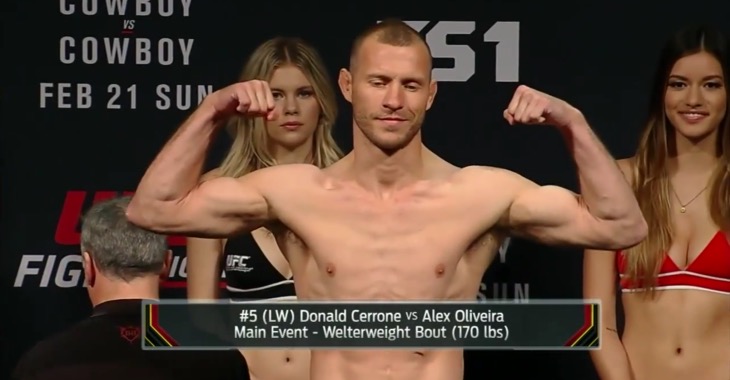 Donald “Cowboy” Cerrone –  Cerrone defeated Alex Oliveira via submission (triangle-choke) in the first-round of their main event fight to earn a ‘performance of the night bonus’.

Chris Camozzi – Camozzi earned a $50,000 ‘performance of the night bonus’ for his first-round knockout victory over veteran Joe Riggs on the main card of tonight’s UFC event in Pittsburgh.