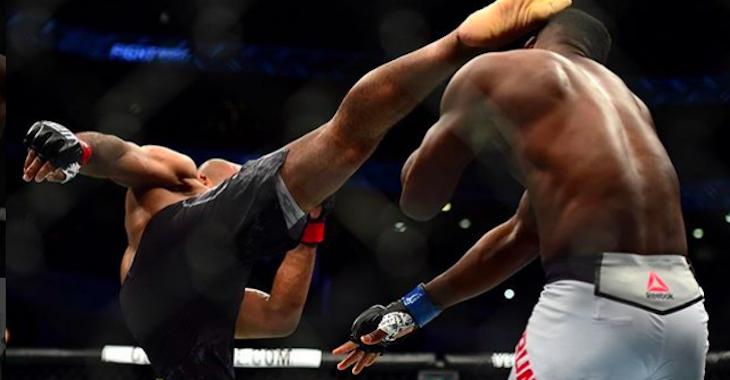 Last night, the UFC returned to our screens with the 12-fight UFC Charlotte card.

Despite two big-name middleweights in Ronaldo “Jacare” Souza and Derek Brunson fighting in the main event, this card was widely criticized for its lack of depth. While some of its matchups looked great on paper, it lacked the prevalence of stars most fans have come to expect for UFC cards that air on FOX.

While MMA’s hardcore fans undoubtedly tuned in for this card as they always do, it seems the lack of big names on the bill did hamper viewership. According to ever reliable numbers guy Jed I. Goodman, UFC Charlotte set a new low for preliminary viewership numbers for a UFC on FOX Card, averaging just 1.593m viewers. While these preliminary numbers are likely to rise a bit, they will remain the worst numbers yet for a FOX card.

A look at the Preliminary Broadcast Nationals for all #UFC on Fox 1st Quarter events. pic.twitter.com/EJC2DsKm7h

As the figures in Goodman’s Tweet show, this card marks the latest drop in a pretty constant trend of dwindling viewership numbers for FOX shows in the first quarter of the year.

In the UFC Charlotte main event, Jacare made good on his long-awaited return to the cage, rebounding from a tough loss to Robert Whittaker with a first-round TKO of Brunson. He’s now 3-1 in his last four, having also recently bested Vitor Belfort and Tim Boetsch, both by stoppage.

Brunson, meanwhile, returns to the loss column after back to back wins over Dan Kelly and Lyoto Machida.