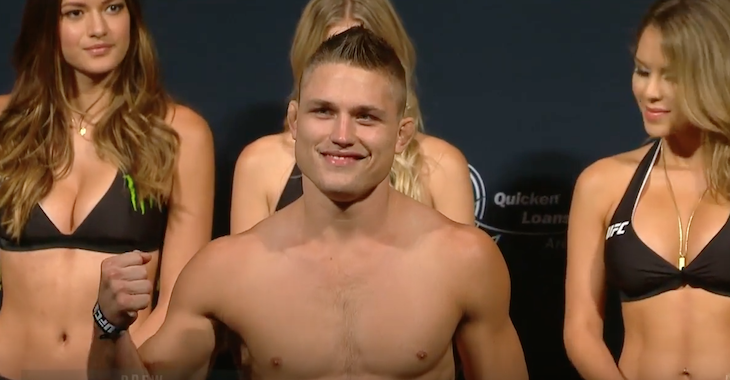 A welterweight scrap between Frank Camacho and Drew Dober kicked off tonight’s main card in Charlotte.

Rounds one and two were very close with Frank Camacho scoring a takedown and doing some solid work in the clinch, while Drew Dober was able to find a home for his left hand.

After ten minutes the fight seemed to be even meaning everything would come down to the third and final round.

Round three begins and Dober lands a nice kick to the body. He shoots in for a takedown but it is not there. Camacho with a left followed by a right hand. He ducks under a Dober punch and scores a takedown. Camacho immediately moves to half guard. Dober scrambles back up to his feet. He lands a nice left hook. Both men are throwing leather now. This fight is getting good. Dober with a hard low kick. Camacho continues to put on the pressure. He lands a knee followed by a right hand. Drew replies with a left hand. Camacho eats that and presses forward with a combination. The horn sounds to end round three.