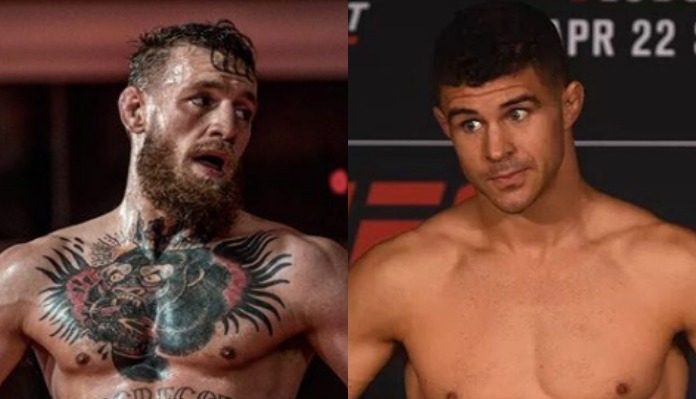 Although Conor McGregor enjoyed a strong third round against the seemingly unstoppable Khabib Nurmagomedov, the overarching theme was pure grappling dominance for the Russian champion. Nurmagomedov landed repeated takedowns throughout the fight, and ultimately made McGregor tap in the fourth-round with a rear-naked choke.

Given McGregor’s polarizing character, it should come as no surprise that he received plenty of hate after this loss. Some of that hate came from UFC lightweight contender Al Iaquinta.

Ahead of UFC 229, McGregor criticized Nurmagomedov for his tepid performance against Al Iaquinta in April, suggesting that Nurmagomedov should have performed far better given that Iaquinta is a full-time real estate agent and that he took the fight on 24 hours’ notice.

Al Iaquinta did not hesitate to fire back at McGregor after his loss.

“Imagine a #11 ranked real estate agent that had as much time to prepare as pusssy [Conor McGregor] hahah,” he continued in a second Tweet.

Iaquinta also commented on the brawl that occurred between Nurmagomedov, McGregor and their corners post-fight. He feels that any extra punishment McGregor and his teammate Dillon Danis received in this brawl is well deserved.

Pussy Irish guy attacked a bus with innocent women on it, him and his pussy Dillon daniscorner deserve it all… justice baby!!!

“Pussy Irish guy attacked a bus with innocent women on it, him and his pussy Dillon Danis corner deserve it all,” he said. “Justice baby!!!”

What do you think of Al Iaquinta’s post UFC 229 comments on Conor McGregor?