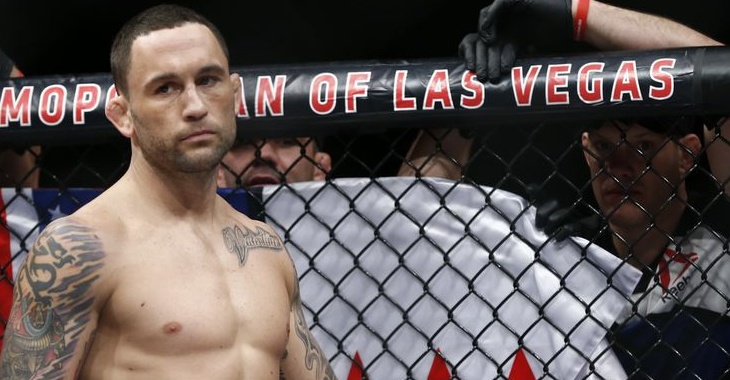 Late last week, we learned that UFC featherweight champion Max Holloway had been forced out of his UFC 222 main event title fight with Frankie “The Answer” Edgar. With this unfortunate development, the promotion began a frantic search for a replacement main event.

According to Ariel Helwani of MMAFighting.com, one option is a bout between Edgar and fellow featherweight contender Brian Ortega. Apparently, however, this fight could be pushed down the lineup if the UFC is able to book another title fight for the card.

To that end, the promotion apparently attempted to book a Cris Cyborg vs. Yana Kunitskaya featherweight title fight, though this regrettably fell through. It sounds like the same can be said of the much-discussed bantamweight title rematch between TJ Dillashaw and Cody Garbrandt.

If no suitable backup plan can be enacted, Helwani claims the card could also be cancelled. See his summary of this very fluid UFC 222 situation below:

Edgar vs Ortega is all but done. The question now is whether it’s the main event or not. If UFC can’t find a title fight to headline 3/3 (and thus far no luck), there’s a good chance they’ll turn the PPV into a Fight Night and have Edgar-Ortega be a 5-rounder. (Cont’d)

Doesn’t appear as though Dillashaw-Garbrandt will happen on 3/3. They also tried to book Cyborg-Kunitskaya but that’s not happening either. Canceling the card altogether is also on the table. They tried to book Edgar-Ortega on the Orlando card to beef that up but it’s too soon.

So, lots still up in the air. Last resort is to cancel the card. They’d rather not turn it into a Fight Night but they’ll have to if they can’t produce a title fight and right now there just aren’t many title fight options for less than a month away. Developing.

Who do you want to see fight in the UFC 222 main event?