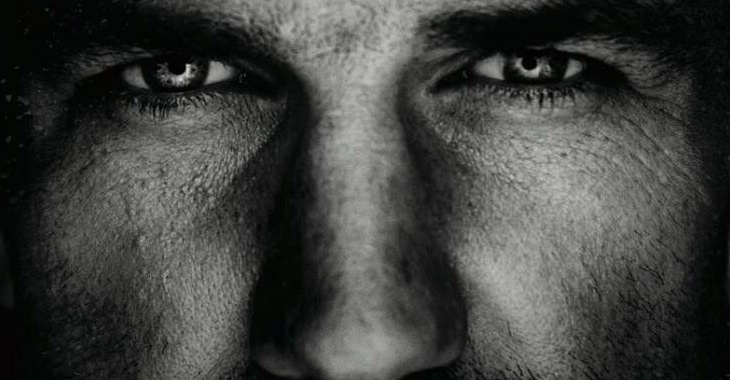 UFC 221 on February 11 returns to Australia when they touch down in Perth for the first time! Headlining the event will be UFC Middleweight champion, Robert Whittaker in his first title defense against the former UFC and Strikeforce champion, Luke Rockhold. Today we got the release of the official poster thanks to Marcel Dorff. 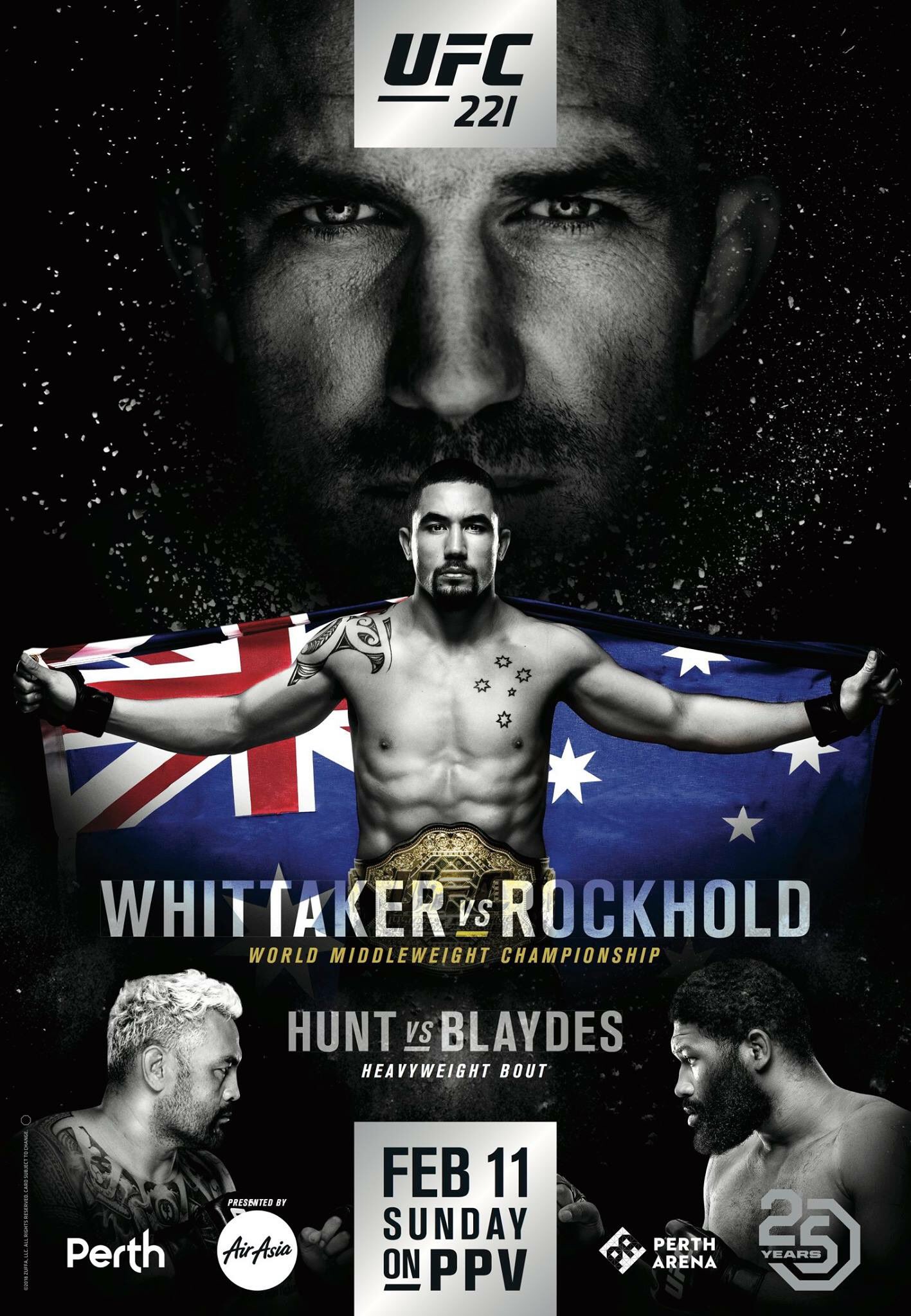 Robert Whittaker last fought at UFC 213 where he won the interim UFC Middleweight championship by defeating top-ranked contender, Yoel Romero by unanimous decision. At the time, Michael Bisping was the undisputed champion and was expected to face Whittaker following his win. But unfortunately for Whittaker…and amazingly, he suffered a knee injury that required surgery in the opening seconds of the fight. Thus making it all the more impressive that he was able to come out on top through five rounds against an Olympic caliber wrestler. After Bisping lost his title to Georges St-Pierre in the meantime, St-Pierre vacated a month after winning the belt, therefore, making Whittaker the new undisputed champion.

Luke Rockhold was the champion before Michael Bisping came along on two weeks notice and shocked the world at UFC 199. Since then, Rockhold has only fought once which was in September when he defeated former World Series of Fighting Middleweight and Light Heavyweight champion, David Branch by second-round submission to strikes.

In the co-main event, we are also treated to the return of the “Super Samoan” Mark Hunt when he takes on the up and coming Curtis Blaydes. Hunt hasn’t fought since June when he defeated Derrick Lewis in the main event of UFC Fight Night 110 by way of fourth-round TKO. Hunt was supposed to fight sooner, UFC Fight Night 121 on November 19 to be exact. He was scheduled to take on Marcin Tybura before being pulled for former UFC champ, Fabricio Werdum after Hunt publicly stated he had been having some head trauma issues.