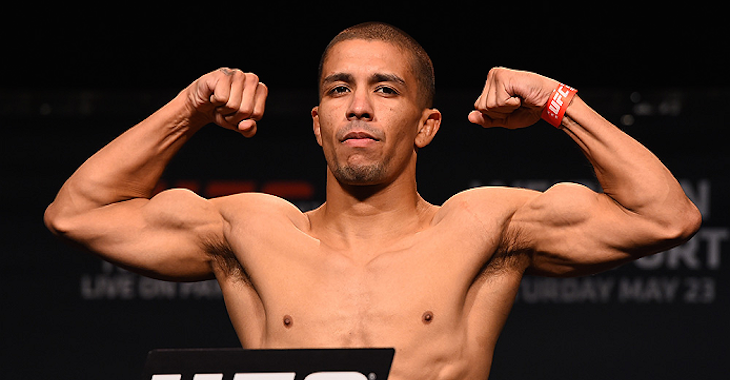 After missing with a head kick, Moraga was able to connect with a viscous left hand that absolutely floored Magomed Bibulatov.

From there, Moraga followed the highly touted prospect to the floor and delivered some solid ground and pound that forced the referee to step in and stop the bout.