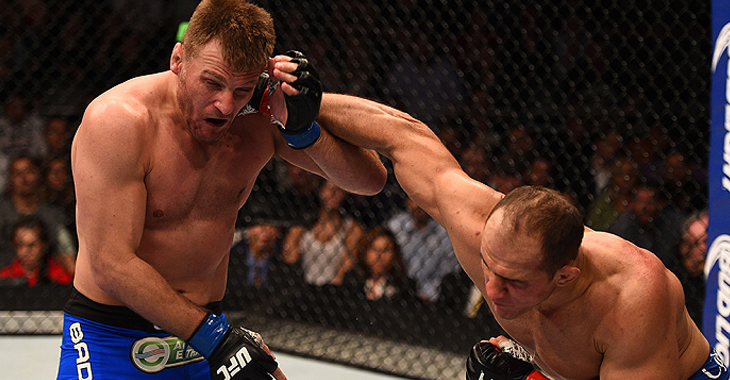 The octagon will return to Dallas, Texas on May 13 for UFC 211. The pay-per-view event is headlined by a heavyweight title fight rematch featuring current champ Stipe Miocic taking on former title holder Junior dos Santos.

Miocic and dos Santos first met in December of 2014 with the Brazilian emerging victorious via unanimous decision in what was a very close fight. Miocic was most recently seen in action at September’s UFC 203 event in his hometown of Cleveland where he scored a first-round knockout victory over Alistair Overeem, thus retaining his UFC heavyweight title.

Meanwhile, Junior dos Santos is coming off a decision victory over Ben Rothwell which occurred 12 months ago in Croatia.

The heavyweight title scrap is not the only championship bout on the card, as current UFC women’s strawweight champion Joanna Jedrzejczyk will defend her strap against surging Brazilian contender Jessica Andrade. The UFC 211 lineup is still not complete and will likely add at least three more bouts in the coming weeks.