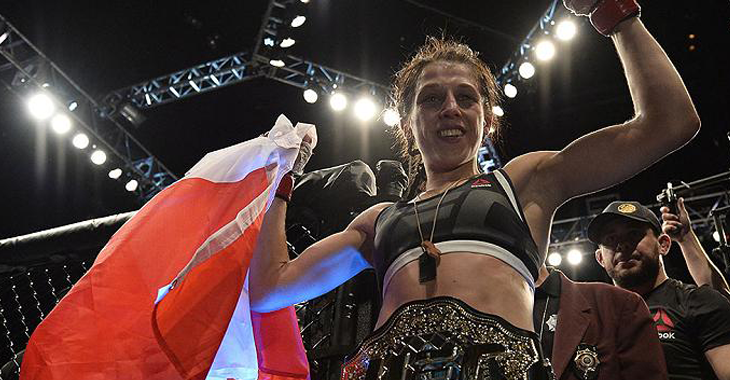 Last night, the UFC touched down in Dallas, Texas with the stacked UFC 211.

In the main event of the evening, UFC heavyweight champ Stipe Miocic defended his title for a second time, putting former foil Junior Dos Santos away with a barrage of first-round punches. The co-main event, meanwhile, saw UFC strawweight champ Joanna Jedrzejczyk defend her title for a whopping fifth time with a dominant decision win over the game Jessica Andrade.

Though the fight purses for this 12-fight card are not yet known, we do know how much these fighters took home through the UFC’s oft-criticized outfitting deal with sports apparel giant Reebok.

Under this framework, champions Miocic and Jedrzejczyk topped the payroll, while challengers Dos Santos and Andrade pocketed the second biggest checks.

Here’s a full rundown of the Reebok figures for UFC 211, via MMAJunkie.com.

What do you think of the Reebok figures for UFC 211?