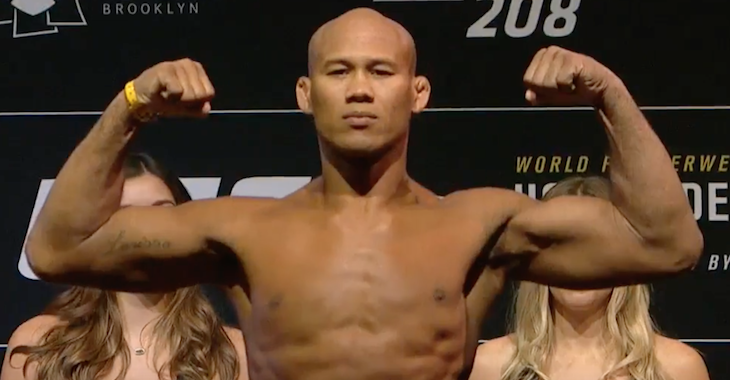 Round one begins and Souza presses forward with a jab early. He lands a front kick to the body of Tim. Boetsch returns fire with a leg kick. Jacare shoots in but Tim showcases a beautiful sprawl to remain standing. The fighters clinch and Jacare lands a right as they break. Tim lands a hard leg kick. He circles out and avoids a Souza jab. Another nice leg kick scores for Boetsch. jacare comes forward and lands a nice body shot. Tim replies with a hard right hand. He throws a leg kick but Jacare catches it and uses the limb to score a takedown. Jacare quickly moves to side control. He begis working some left hands. Souza is looking to move to mount. He does. 90 seconds remain in the round. Jacare with a left hand. He transitions to a kimura and Tim is forced to tapout.