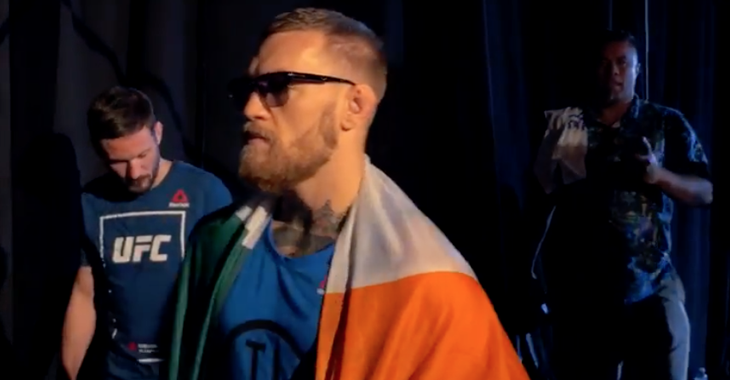 UFC 205, which will mark the UFC’s long-awaited debut in Madison Square Garden, is one of the most anticipated cards in recent memory. As the event draws ever closer, fans are doing their part to add to the hype by creating awesome trailers and fantastic promotional posters.

Arguably the best of these promotional posters surfaced this morning on Twitter. You can see this awesome, vintage-style poster below.

It is worth noting, however, that the Eddie Alvarez vs. Conor McGregor lightweight title fight that sits atop this poster remains unofficial. The same is true of the pictured three-round featherweight bout between Frankie Edgar and Jeremy Stephens. Though they’re not booked yet, both of these fights are expected to be made official in the coming days.

The rest of the bouts pictured on this poster are official. These bouts will be be joined by a middleweight clash between former UFC light heavyweight champion Rashad Evans and Strikeforce veteran Tim Kennedy, a light heavyweight showdown between New York’s Gian Villante and Marcos Rogerio de Lima, and a women’s bantamweight scrap between Liz Carmouche and Katlyn Chookagian. Here’s a rundown of the card’s official bouts, and those are reportedly in the works for it. Because today’s typical UFC card features anywhere from 12 to 14 fights, we can probably expect at least four more fights to be added the bill in the coming days.

Which fights would you like to see added to UFC 205? Sound off, PENN nation!