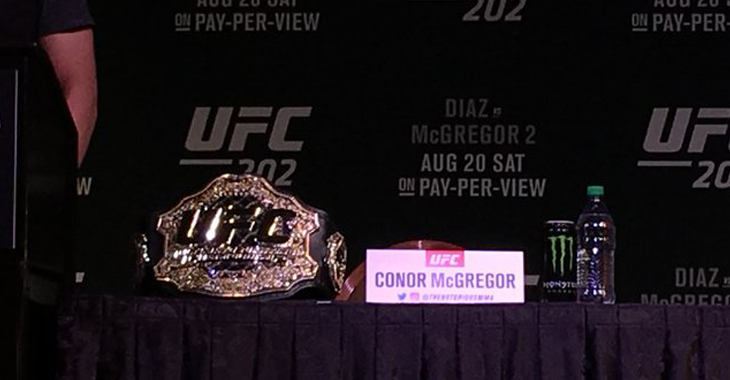 After years of bureaucratic battle, MMA is finally legal in the state of New York. In celebration of this breakthrough, the UFC will soon be touching down in New York City’s hallowed Madison Square Garden. This anticipated MSG debut, titled UFC 205, is scheduled for Saturday, November 12.

Over the last two weeks, this hyped card has taken shape with a number of fantastic fights.

Other major bookings for the card include a scrap between former middleweight champion Chris Weidman, and former olympian Yoel Romero, and a welterweight showdown between Donald “Cowboy” Cerrone and Kelvin Gastelum, who has stepped in to replace Robbie Lawler.

Elsewhere on the card, we will see former light heavyweight champion Rashad Evans drop to middleweight to take on Tim Kennedy, while New York’s Gian Villante will take on Marcos Rogério de Lima, and Liz Carmouche will take on the undefeated Katlyn Chookagian.

At the moment, this massive card is without a main event, though rumors suggest we’re not far from the announcement of a lightweight title fight pairing reigning champion Eddie Alvarez with featherweight champion and transcendent superstar Conor McGregor. A featherweight bout pairing former lightweight champion Frankie Edgar with brick-fisted veteran Jeremy Stephens is also rumored for the card.

Fans should also note that the planned Al Iaquinta vs. Thiago Alves lightweight bout has been cancelled.

Here’s a rundown of the bouts that have been confirmed for the card, and the fights that are apparently in the works.

Stay tuned to BJPenn.com for further updates on this highly anticipated card.

Which UFC 205 bout are you most excited for? Sound off, PENN nation!