O’Malley (16-1 MMA) was most recently seen in action at July’s UFC 276 event, where his bout with Pedro Munhoz was ruled a no-contest due to an accidental eye poke. Prior to that inconclusive result, ‘Suga’ had earned three stoppage wins in a row over opponents Thomas Almeida, Kris Moutinho and Raulian Paiva.

Meanwhile, Petr Yan (16-4 MMA) will enter UFC 280 looking to rebound from his recent split decision loss to Aljamain Sterling at UFC 273. Prior to that setback, ‘No Mercy’ was coming off a unanimous decision victory over Cory Sandhagen. 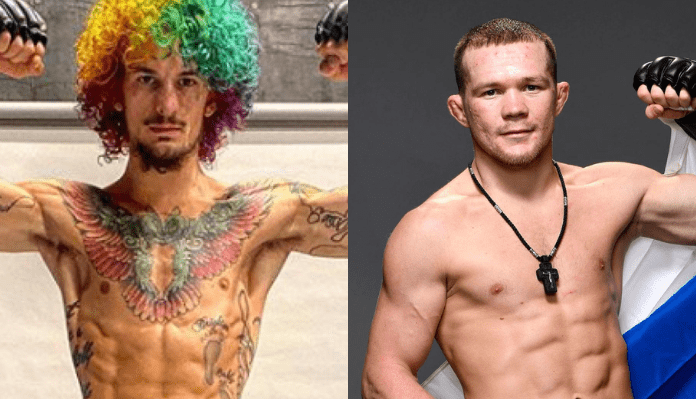 Round two begins and Petr Yan lands a hard body kick. Sean O’Malley rocks the former champion with a left hand. ‘No Mercy’ comes back with a big punch of his own. O’Malley goes down and Yan takes top control on the ground. Big shots from the former champion. ‘Suga’ scrambles back to his feet but gets taken back down right away. He gets back up and eats a knee from Yan. The former champion has him in the clinch. O’Malley breaks free. Petr lands a nice trip takedown. Sean gets back up and lands a right hand over the top. Yan with a body kick and then a right hand over the top. He goes to the body with a hard shot. He lands a massive body kick. That appeared to hurt ‘Suga’. Still, O’Malley fires off a nice counter right. Petr Yan with a big body kick and then shoots in and scores a takedown. Yan passes to half guard. The horn sounds to end round two.

The third and final round begins and Sean O’Malley lands a nice kick to the body. He doubles up on his jab but Petr Yan avoids and lands a low kick. ‘No Mercy’ looks for a takedown but ‘Suga’ shrugs him off. A good low kick from O’Malley. Yan with a body kick and then misses with a big hook attempt. O’Malley with a low kick. Yan comes forward with a flurry. Sean O’Malley with a big knee. Yan is opened up. Good combinations from both men. Yan with a massive left. O’Malley with a head kick. Yan shoots for a takedown. He gets it but O’Malley is right back up and pressed against the cage. Yan secures the takedown. He lands some good shots but O’Malley scrambles back to his feet and breaks free from the clinch. One minute remains in the fight. Sean O’Malley with a good counter hook. Yan dives in and scores a takedown. ‘Suga’ scrambles back to his feet. Yan with a good low kick. He shoots in and scores another takedown.

Who would you like to see O’Malley fight next following his decision victory over Yan this evening in Abu Dhabi? Share your thoughts in the comment section PENN Nation!