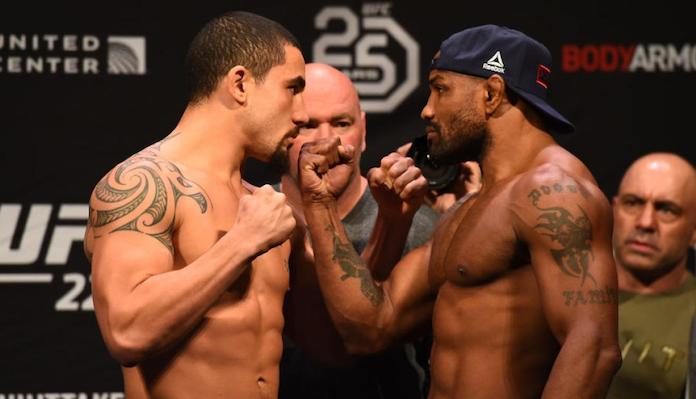 There is a special place in the heart of every MMA fan for a good, old-fashioned scrap… Those frenetic fights like Dan Henderson vs. Mauricio “Shogun” Rua I, Robbie Lawler vs. Rory MacDonald II, and Cub Swanson vs. Doo Ho Choi, that hammer their way into our memories and never leave.

Without further ado, here are the BJPENN.COM Scraps of the Month for June, 2018 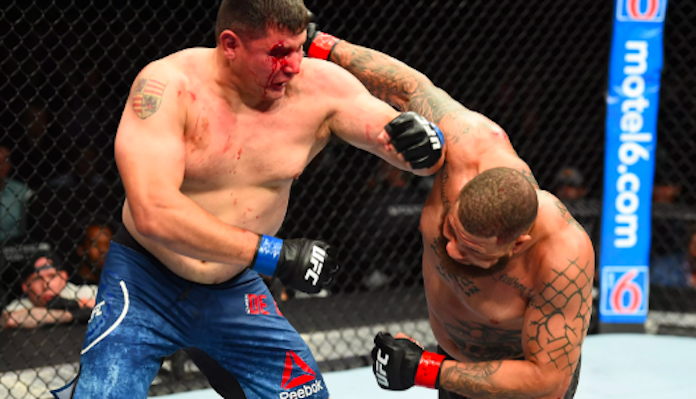 Chris De La Rocha and Rashad Coulter’s UFC 225 heavyweight clash was not exactly a technical affair, but it was a fun one all the same. Less than a minute into this fight, Coulter was bludgeoning his foe with swinging, wrecking ball punches. Though De La Rocha appeared to be rocked on more than one occasion, he somehow hung in there, and ultimately staggered back to his stool to regroup for a second round — at which point Coulter’s coach referred to him as “a big old Mexican with a big old head.”

In the second round, De La Rocha remarkably surged back, landing a takedown on his visibly exhausted foe, and after a referee stand-up, sealing the deal with a thunderous salvo of punches. Again, it wasn’t the kind of fight MMA’s top analysts were rushing to pick apart the next day, but it was a thrilling bit of heavyweight MMA while it lasted. 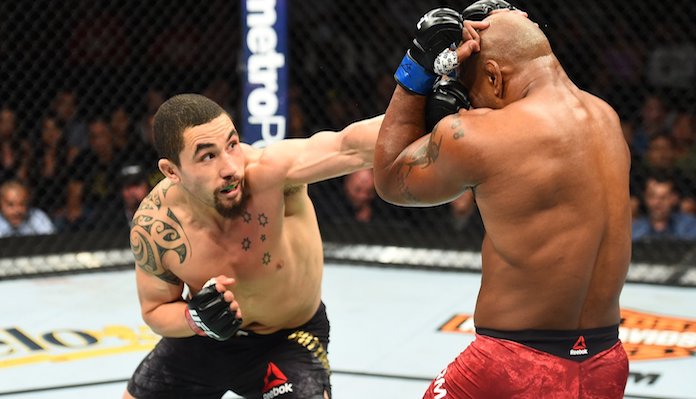 You knew this one would be on the list.

Although the lead-up to Robert Whittaker and Yoel Romero’s UFC 225 showdown was shadowed in drama due to Romero’s weigh-in miss, the fight itself was absolutely incredible. For five, wild rounds, the two middleweight destroyers pelted each other with the kind of impacts that could separate a rhinoceros from its consciousness.

When all was said and done, this fight was even closer than the pair’s first contest, as the champion Robert Whittaker walked away, bloodied and bruised, with a split decision victory. In a fight like this, however, there is truly no loser, and both men will be remembered for this incredible title fight decades into the future.

Aung La N Sang vs. Ken Hasegawa @ ONE: Spirit of a Warrior: June 29 in Yangon, Myanmar 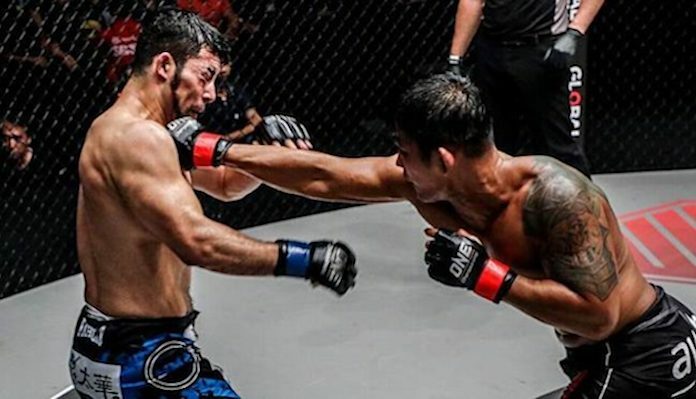 No matter who you lock ONE middleweight and light heavyweight champion Aung La N Sang in the cage with, the result always seems to be excitement. That being said, the Myanmarese hero’s title fight with former DEEP champ Ken Hasegawa at ONE: Spirit of a Warrior was something truly special.

Over the course of four frenetic rounds, the two fighters thrilled the fans in attendance in Myanmar and those watching on screens around the world by pummeling each other into unrecognizable purple heaps. Then, in the fifth and final chapter, Aung La N Sang authored a decisive conclusion, unplugging his gritty Japanese foe with a smashing uppercut to the chin. This was, without any exaggeration, one of the year’s best brawls, and it ended with one of the year’s best knockouts.

What was your favorite scrap of the past month?