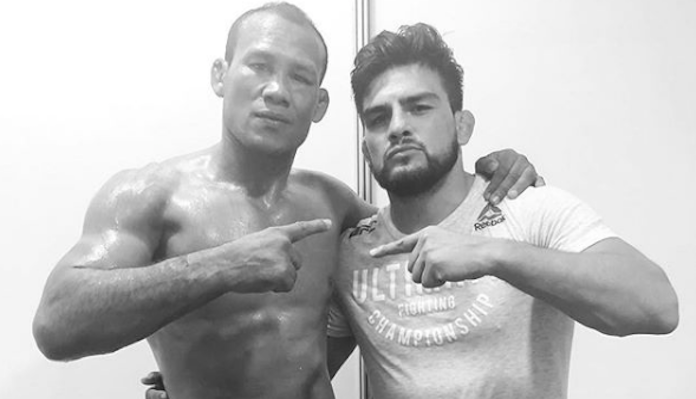 There is a special place in the heart of every MMA fan for a good, old-fashioned scrap… Those frenetic fights like Dan Henderson vs. Mauricio “Shogun” Rua I, Robbie Lawler vs. Rory MacDonald II, and Nick Diaz vs. Paul Daley that hammer their way into our memories and never leave.

Without further ado, here are the BJPENN.COM Scraps of the Month for May, 2018: 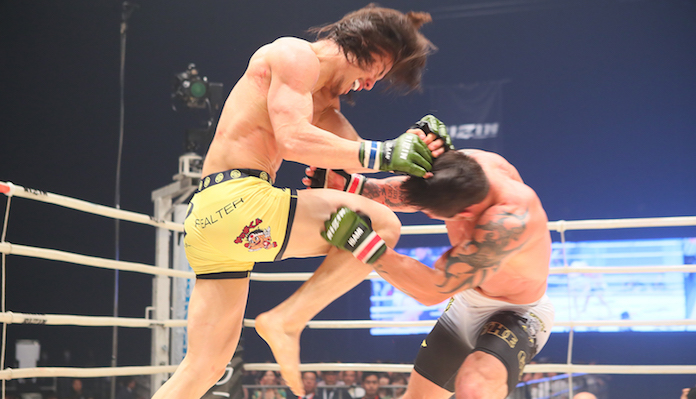 The latest offering from Japan’s Rizin Fighting Federation went down on May 6 in beautiful Fukuoka. One of the highlights of this stacked Rizin card was a lightweight showdown between Krazy Bee staple Yusuke Yachi and UFC veteran Diego Nunes.

This bout was pure action from the opening bell, as Yachi let loose with a ballistic bombardment of punches, and Nunes fired back with a procession of snapping kicks. The truly amazing thing about this fight, however, was that it seemed to get more insane the longer it went. Indeed, by the time the second round had arrived, the two fighters were delivering exchanges that looked like this:

Though both fighters had plenty of huge moments in this fight, the judges ultimately awarded Yachi a split decision win. Yet in a scrap of this type — legitimately one of the best fights of the year so far — there are truly no losers. 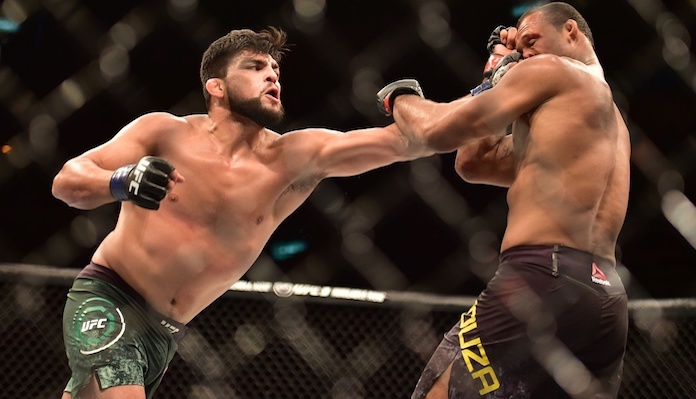 Given that Kelvin Gastelum and Ronaldo “Jacare” Souza’s share a proven propensity for incredible finishes, not many people expected their UFC 224 battle to go down as a wild, back-and-forth battle. In the end, however, that’s just what we got from this middleweight pairing.

For three rounds, the two top-10 contenders duked it out on the feet, smashing each other with the kind of shots that would have left lesser fighters supine on the canvas. Remarkably, however, both men survived to the final bell, which meant that the outcome of the bout would come down to the judges.

In the end, the judges gave this one to Gastelum — though some members of the MMA community seemed to think Jacare had done enough to win. Whatever the case, both fighters were well-compensated for this back-and-forth slugfest, receiving $50,000 Fight of the Night bonus checks. 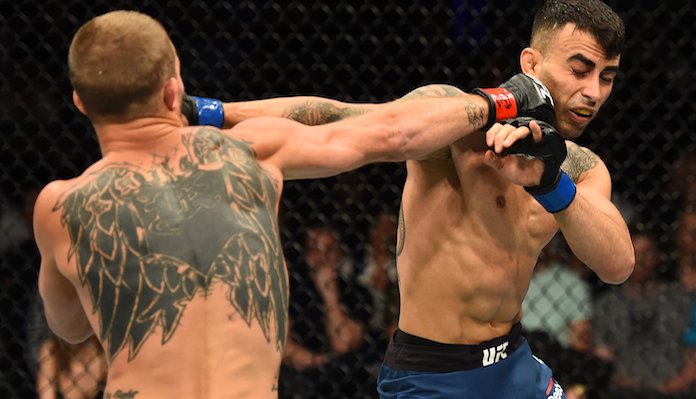 Fight fans seemed to have a feeling about Makwan Amirkhani and Jason Knight’s featherweight scrap, which occurred on the main card of UFC Liverpool on May 27. Maybe it was the way the two featherweights matched up on paper, or maybe it was the intensity of their media day staredown. Whatever the case, the fans just seemed to know this one was going to be good. And in the end they were right.

The fight began with Amirkhani, a wrestler, showing off some significant improvements in the striking department, rattling his American foe with crackling combos. Just when it looked as though Knight was in for a rough night, however, he forced a massive momentum swing, flooring Amirkhani not once, but twice with rocket-fuelled punches.

After this dizzying first round, the action admittedly slowed a bit, as Amirkhani leaned on his takedowns, and Knight threatened with submissions from bottom position, yet the fight still went down as one of the best of the card.

In the end, Amirkhani won this one by split decision. Remarkably, however, the pair did not win Fight of the Night honors for their scrap. For shame, UFC!