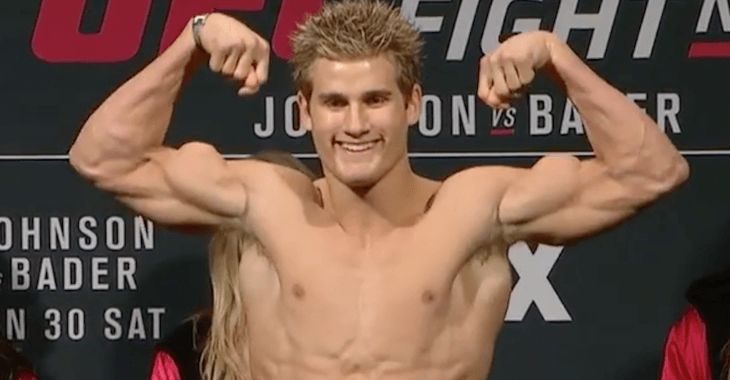 This past weekend ‘Super’ Sage Northcutt lost his first professional fight as he was submitted by Bryan Barberena in the 2nd round of their UFC on FOX 18 scrap. While Northcutt has remained optimistic and gracious since receiving his first taste of defeat, many criticized the young fighter unfairly.

Despite that, Northcutt has managed to keep his head up and look to make changes that will positively impact his career. He spoke on The MMA Hour to discuss the biggest change, which will be training full-time at Tristar.

“I know I have a lot to learn. I’m excited to go to Canada and go train in Tristar, and learn as much as I possibly can. I’ll definitely be learning a lot and be the best you’ve ever seen for the next fight.”

“Yes sir. I will be up there full-time, it looks like. I do have schoolwork still, because I’m still at Texas A&M, so I’m trying to figure out how exactly that’s going to work. If I need to come back to do certain tests and quizzes, or how that’s going to work out. So I’m still playing out that schedule, but yes sir, I’ll be training at Tristar.”

Unfortunately for Northcutt he has received an indefinite medical suspension in the wake of his loss to Barberena. When he is ready to return to the Octagon, who would you want to see him face? Sound off below PENN Nation!