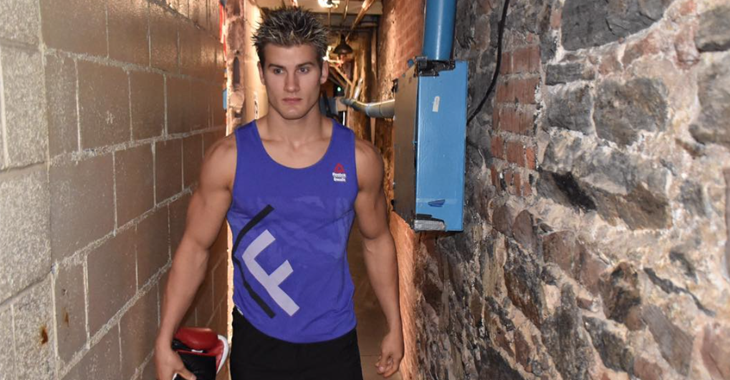 UFC star Sage Northcutt just had a successful surgery operation performed that should help out with his overall health.

On Wednesday, Northcutt posted photos of him in the hospital prior to going under the knife and having his tonsils removed and also posted an after surgery photo still all smiles.

About to get my tonsils out pic.twitter.com/5oeDqAccpY

Mark Northcutt, Sage’s father, recently told MMA Fighting that “Super” Sage was having recurring bouts with strep throat. Most recently, Sage got strep throat while training with Tyron Woodley for the welterweight champion’s UFC 209 title fight but really all started giving him problems when he got the illness during his UFC on FOX 18 training camp to fight Bryan Barberena back in January of last year. “His tonsils were damaged from the first (strep throat illness) and had little pits or holes in them that kept harboring bacteria,” Mark Northcutt told MMA Fighting.

Just got out of surgery 🍦

A specialist told Sage that he would have to have his tonsils removed while he was still sick at the time of the UFC 209 Woodley training camp after taking a second and third round of antibiotics.

With UFC 211 taking place in his home state of Texas, Northcutt was eager to fight on the card but was advised by his father to get healed up first.

“He was really bummed out and wanted to try and fight anyways,” Mark Northcutt said, “but we had to tell him it wasn’t a good idea.” Things seem to be looking up for Northcutt as he is eager to get back in the Octagon as he is coming off a welterweight loss to Mickey Gall. Northcutt plans to return to the lightweight division where he is 3-0 in the UFC.