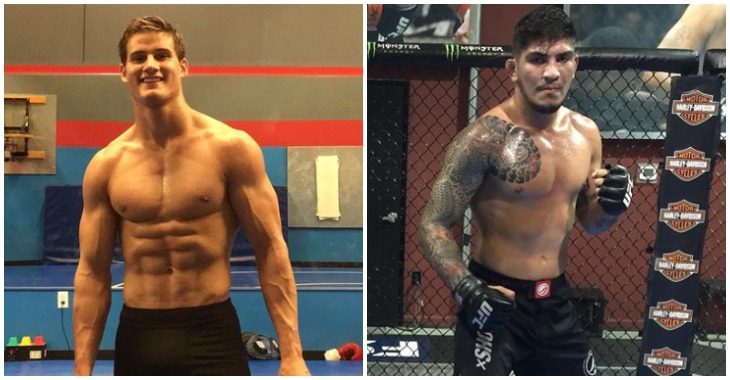 In March, Irish MMA megastar Conor McGregor found himself on the wrong end of one the year’s biggest upsets as he tapped to a second-round rear-naked choke dealt by Nate Diaz. Given his previous dominance and his status as the UFC’s biggest star ever, McGregor was quickly given a shot at redemption against his foil.

In preparation for this rematch with Diaz, which was momentarily scheduled for UFC 200 but ultimately occurred at UFC 202 in August, McGregor enlisted the help of Marcelo Garcia black belt Dillon Danis to sharpen his jiu jitsu skill. This, of course, thrust Danis into the MMA spotlight, where he has remained ever since.

Piggybacking on McGregor’s fame, Danis has repeatedly voiced his interest in a jump to MMA – particularly in a fight in the UFC’s Octagon. Should he be given a fight in the UFC right off the bat, the BJJ star has a specific name in mind for his debut.

Though he initially called for his own fight with Diaz, Danis explained on the most recent episode of The MMA Hour that he’d also be interested in a bout with struggling prospect Sage Northcutt. Northcutt, who once stood out as one of the hottest prospects in the organization, has lost two of his last three bouts by submission. As such, Danis told host Ariel Helwani that he considers the young prospect an easy challenge.

“That would be an easy fight,” Danis said on the show. “Just to get in there. That would be a good, easy one to just get out of the way. Beat someone that has a decent name.”

Whether it’s against Northcutt, Diaz, or somebody else, however, Danis is confident he can dominate in MMA, be it at lightweight, welterweight or middleweight.

“I honestly think I can go into my first fight in the UFC, and I think I would dominate,” Danis said. “I say that 100 percent being fact. I’m not a stupid person and I know what I’m capable of. I know who I’ve trained with, and I know what I’ve seen.”

“I can dominate any weight class,” he continued.

Who would you want to see Danis take on in a potential UFC debut?