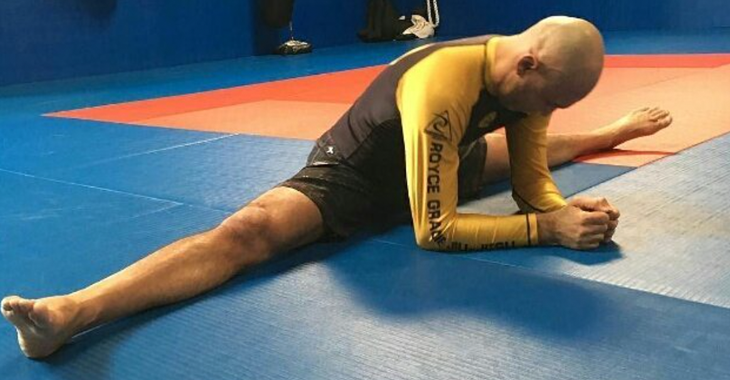 There seems to be some miscommunication between MMA legends Royce Gracie and Ken Shamrock. The two pioneers of the sport are set to face each other in a rubber match at Bellator 149, which takes place on Feb. 19 at the Toyota Center in Houston, Texas.

The rubber match will see who still has the edge now that the two men have aged many years since their initial fight back in 1993, which took place over 22 years ago. Gracie took just 57-seconds to submit Shamrock in their first match but fought to a draw in their second meeting in 1995, where Gracie says that Shamrock just held him down for 36 minutes.

52-year-old Ken Shamrock has told the media that the 49-year-old Royce Gracie contacted Bellator MMA President Scott Coker to request the fight after watching Shamrock lose to Kimbo Slice at Bellator 138 back in June of last year.

However, when media asked Gracie about requesting the fight, he seemed to think that was funny.

“I didn’t ask for the fight,” said Gracie, during Bellator’s Tuesday open workouts. “Ask Scott Coker who asked for the fight. So (Shamrock) talks too much, and he lies too. Cool,” Gracie said laughing with a big smile.

Regarding coming back to fight after a long layoff of nearly nine years, Gracie said he is ready and has been ready to take on his long-time rival.

Regarding his future and whether this match has reignited a fire for competition once again, Gracie said that it has but will take things one at a time.

Who are you picking in this match of legends? Share your pick with us in the comments!