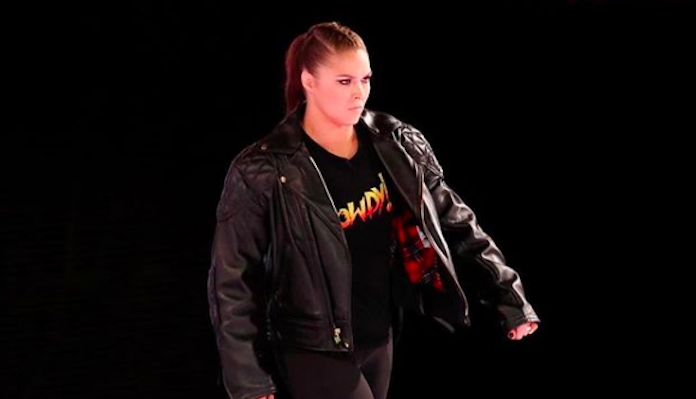 Earlier this week, ‘Rowdy’ had taken to social media where she proceeded to blast pro-wrestling fans while seemingly shutting down a full-time return to WWE.

“I love the WWE,” Rousey said of her WWE run. “I had such a great time. I love all the girls in the locker room. But I was doing basically part-time and I was away from home 200 days out of the year, and when I did get home, I was so sleep deprived cause you just don’t have time to lay down.”

“So it’s just like, what am I doing it for if I’m not being able to spend my time and energy on my family?” Rousey continued. “But, instead I’m spending my time and my energy on a bunch of f**king ungrateful fans that don’t even appreciate me? I love performing. I love the girls. I love being out there,” Ronda Rousey concluded. “But, at the end of the day, I was just like, ‘F**k these fans, dude.'”

Those comments did not sit well with many Pro Wrestling fans, who proceeded to blast Rousey for her remarks.

Today, Ronda Rousey responded to the “outrage” with the following message to her critics.

“Anyone who is outraged by me calling pro wrestling ‘fake fights for fun’ has never been in a REAL fight. While you all are tip toeing around bruising some pro wrestlers’ huge soft egos – no one is thinking about all of the REAL fighters you’re insulting when pretending pro wrestling is somehow on the same level of realism.” Ronda Rousey explained. “Yes, I understand, wrestling 300 days a year for years on end is incredibly tough on the bodu and a difficult profession – but do you know what would happen if you got in 300 REAL fights in a year? You would be dead.”

Ronda Rousey made her WWE debut at WrestleMania 31 in March of 2015, this after a three year run in the Ultimate Fighting Championship. 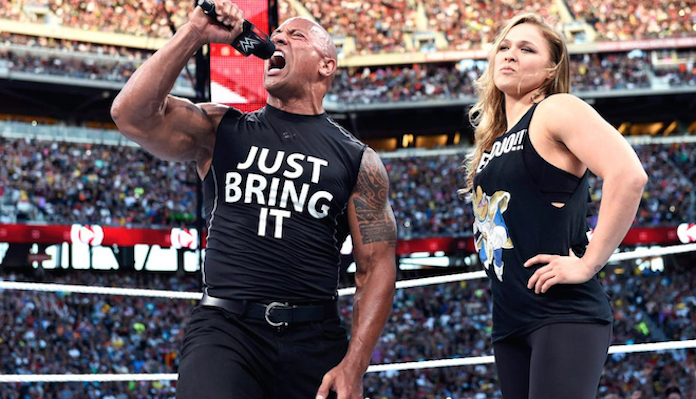 In 2018, Rousey would become a full time member of the WWE roster and quickly went on the capture the promotions women’s championship.

‘Rowdy’ surrendered the belt in controversial fashion to Becky Lynch at WrestleMania 35 and has not participated with the promotion since.

What do you think of the recent statement from Ronda Rousey defending her previous comments about pro wrestling being “fake fights for fun”? Share your thoughts in the comments section PENN Nation!

This article first appeared on BJPENN.com on April 11, 2020