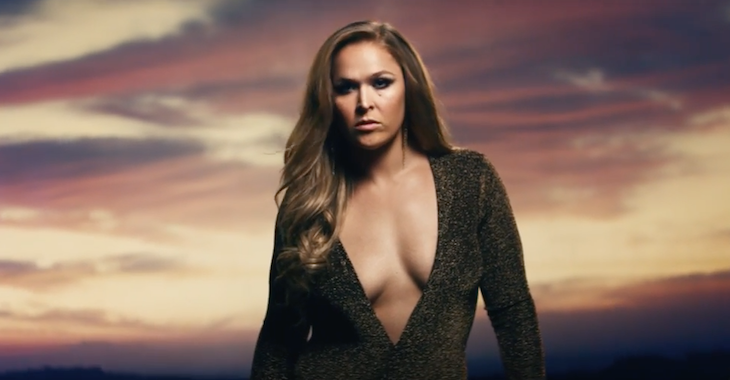 Former UFC women’s bantamweight champion Ronda Rousey is undoubtably one of the most polarizing figures in MMA. While many love the former champion for her ‘No BS’ attitude, others criticize her for often coming across as unnecessarily arrogant.

In a recent Reebok ad for their ‘#PerfectNever’ campaign, Rousey explains why she is completely okay with “not being perfect.”

In a related interview, the former champ went into further detail regarding the campaign:

“The acceptance of criticism is part of who I am. Like I’m not a lukewarm person. I’m very polar where people either hate my guts or they really, really like me. I’m fine with that and letting the world know that I’m OK with that,” Rousey said.

“I try to show as many of the imperfections and flaws as I can. I go out and walk around and I’m not wearing makeup or anything. I like how my face looks. I’m not trying to make it look perfect all the time. I’m just trying to be myself all the time. I think that’s realistic and people don’t see that too often.”

So far no word yet on when the former champ will return to the Octagon, however UFC President Dana White has stated that she will get an immediate title shot upon returning to the Octagon.