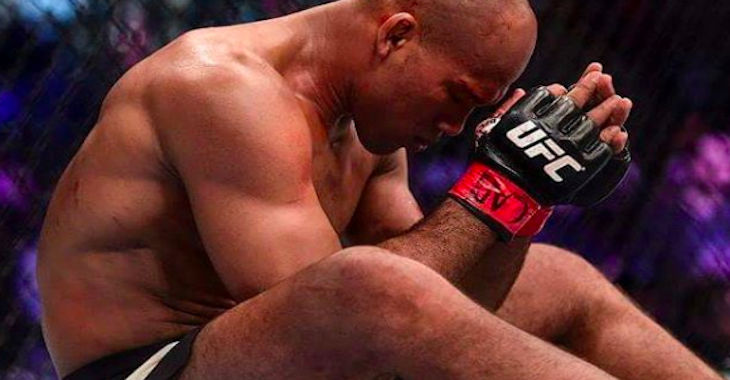 On Friday night, Brazilian grappling sensation Ronaldo “Jacare” Souza was one of the hottest contenders in the middleweight division, and one of the most deserving men of a shot at Michael Bisping’s middleweight title. On Saturday night, he was dropped by a second-round Robert Whittaker head-kick, and polished off by a meteor shower of ground strikes. Things change awfully quickly in mixed martial arts.

Shortly after this upset loss to Whittaker – which marks his first stoppage loss since a 2008 up-kick induced knockout dealt by Gegard Mousasi – Jacare took to Instagram to issue a short statement on his situation.

“Win with audacity, lose with class,” The Brazilian star said on Instagram. “[He] who does not take risks never gets the victory. No excuses. Congratulations, [Robert Whittaker]. And my thank you to everyone for the support of those [who have] always and always will be by my side. I’ll come back soon, and stronger!”

See Jacare’s full statement on his loss below:

With this loss to Whittaker, Jacare’s UFC record now sits at 7-2. His only previous Octagon loss was an extremely controversial split decision loss to the streaking Yoel Romero. Prior to this UFC run, Jacare went 7-1 under the Strikeforce banner, winning the organization’s middleweight title and losing only to future UFC champ Luke Rockhold. The good news for Jacare, of course, is that he recently signed a new eight-fight deal with the UFC, meaning he’ll have plenty of opportunities to bounce back from this patch of adversity.

Whittaker, meanwhile, is now 6-0 since jumping up to the middleweight division after a decent run at welterweight. The Australia based Kiwi is now one of the top contenders at 185 pounds.

How do you think Jacare will respond to this stoppage loss to Whittaker? Will he still be able to challenge for UFC gold in the future? Sound off, PENN Nation!