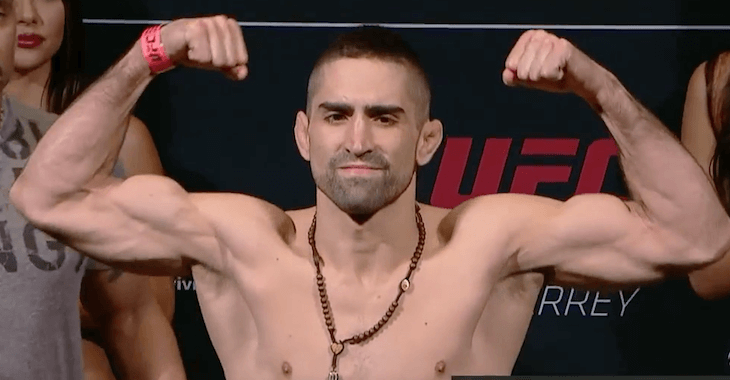 Emmett was able to catch Lamas with a massive left hook that sent Ricardo crashing to the octagon canvas.

The devastating one-punch knockout garnered a lot of reactions from fighters on social media, most of whom shared their concerns for the health of Ricardo Lamas.

Thankfully, “The Bully” took to social media on Sunday morning where he revealed that he is doing fine and excited to return home to his family.

“Thank you to everyone who reached out to see how I’m doing. I’m fine, just disappointed in myself. This sport is full of the highest highs and the lowest lows. Sometimes you’re the hammer and sometimes you’re the nail. Like always I’ll bounce back. Thanks for the support, can’t wait to get home to my family. Merry Christmas and happy holidays to everyone.” – Ricardo Lamas

The loss snapped Lamas’ two-fight win streak, as he had previously scored stoppage victories over Jason Knight and Charles Oliveira.

Josh Emmett offered Ricardo Lamas an immediate rematch in a classy post-fight statement of his own.

Whether “The Bully” decides to take Emmett up on his offer remains to be seen.

Who would you like to see former featherweight titel challenger Ricardo Lamas fight in his next octagon appearance? Sound off PENN Nation!