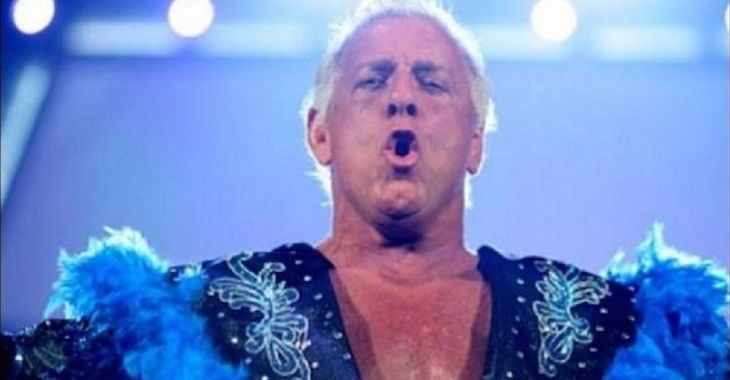 Wrestling legend Ric Flair is back on his feet and that deserves a big “Woooooooooooo!”.

The Professional Wrestling legend took to Twitter earlier this afternoon where he delivered the following message to his fans.

I'm Backkkk! Thanks To Everyone For The Support These Past Couple Weeks. I Ain't Dead Yet Mother F**ckers! WOOOOO! https://t.co/1ZgKVjFH8x pic.twitter.com/AHSSyE8JT1

Three weeks ago we reported the unfortunate news that “The Nature Boy” had been hospitalized.

Wrestling fans were able to let out a big “Wooooo” of relief when Legacy Talent CEO Melinda Morris Zanoni addressed the report and stated that the 68-year-old wrestling legend was doing alright.

“Yes, Ric checked into a hospital for routine monitoring, no reason to panic. Many thanks to his fiance, and hospital staff for providing care. No excuses—Ric would want you to go out tonight and enjoy yourself, Nature Boy style!”

Unfortunately, Flair’s condition took a turn for the worse the following evening (August 13).

“Are u a Fan/Friend of Ric Flair? If so, we need prayers & positive energy 4 our Living Legend as he is dealing w/some tough medical issues.” – Melinda Morris Zanoni (August 13)

Reports then surfaced that Ric Flair had been put in a medically induced coma and underwent surgery.

“Happy 2 report @RicFlairNatrBoy is awake, communicating & progressing..but there are complications so needs rest for the 1st time in 40 yrs.” – Melinda Morris Zanoni (August 19)

“He did cut a promo on a nurse yesterday so anyone that knows @RicFlairNatrBoy knows that’s a very, very good sign.” – Melinda Morris Zanoni (August 19)

“The Nature Boy” Ric Flair is back ladies and gentlemen! Wooooooooooooo!