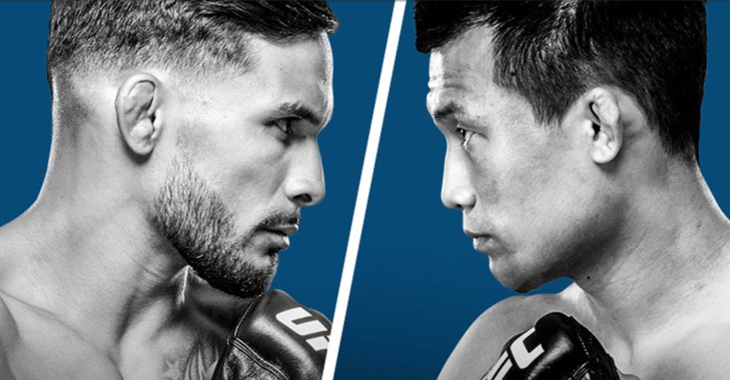 On Saturday night, the UFC touched down in sunny Houston, Texas, where thousands of ravenous sports fans await this year’s Super Bowl. The MMA promotion visited this football mecca with UFC Fight Night 104.

At the moment, the purses for the 24 fighters on this Super Bowl weekend card are not yet known. We do, however, know how much these fighters took home through the UFC’s oft-criticized outfitting deal with sports apparel giant Reebok.

Under this framework, the biggest winners on this prospect-heavy card were Dennis Bermudez and Ovince St. Preux – both of whom lost. Both men pocketed just $10,000, which is the third lowest amount possible through the UFC’s deal with Reebok.

Here’s the full rundown of the Reebok payouts for UFC Fight Night 105 (figures via MMAJunkie.com).

What do you think of the Reebok payout for UFC Fight Night 104? Sound off, PENN Nation!