Before Jon Jones came and took over the light heavyweight division, the 205-pound UFC title went through a revolving door of champions. From 2007 to 2011, the title was never defended more than once and saw five title changes. Right in the middle of what some called “the golden age” where 205 was one of MMA’s greatest divisions, The Ultimate Fighter season 2 winner, ‘Suga’ Rashad Evans obtained some of that gold.

Evans was undefeated at the time and was a large personality who felt he wasn’t quite getting what he deserved. Something Evans believes is similar to the situation of a certain champion today. Evans spoke about the comparison today with MMAFighting:

“Some of the fans might not know this, but I was the original Tyron Woodley as far as my relationship with Dana [White]. I understand where he’s coming from, but he’s going to learn what I learned. It reminds me of something someone told me when I got married, they said, ‘do you want to be right, or do you want to be happy?’ because if you’re right you’re not going to be happy. At this point, he can’t win this because he fights for the UFC. Dana is the president of the UFC, there’s no way he can win this. Feel the way you feel, but you gotta know whenever the conversation comes up that Dana said this – don’t even address it. Don’t go down that road.

It’s a hard thing to do because your ego gets involved. You know he’s [White] wrong and you want to prove it. You might feel it’s because of this or because of that and you want to expose the truth, but at the end of the day at what expense? Your legacy, your chance to be remembered for what you love to do. At the end of the day, these are the things that make you hate fighting.

I took too many years off my fighting career arguing with Dana: trying to fight Shogun, trying to get a fight with this guy, trying to do all this stuff, but at the end of the day, it didn’t matter that much. I just lost time. I get what Tyron is saying and he’s right to feel the way he feels, but you’ve got ask yourself is it really worth it? Now here he is saying he wants a separate meeting with Dana just about how they can handle being around each other or how they should speak about each other — that isn’t a conversation that should be happening.

Yeah, I’ve talked to him, but here’s the thing about talking to someone about something that you went through, they don’t understand it until they go through it. I can tell him, but these are things he has to go through himself. He has to ask himself, ‘How much energy am I going to devote to this? What do you gain from being right to Dana White? Nothing, you lose a lot. Whether you’re right or wrong you lose. Why even play with it if you want to be a fighter. Especially when two of your revenue streams are tied to things that he controls?”

Woodley has been very vocal about his displeasure towards White and the treatment he has received(or not received) as of late. Particularly in regards to the potential matchup involving him and Nate Diaz. 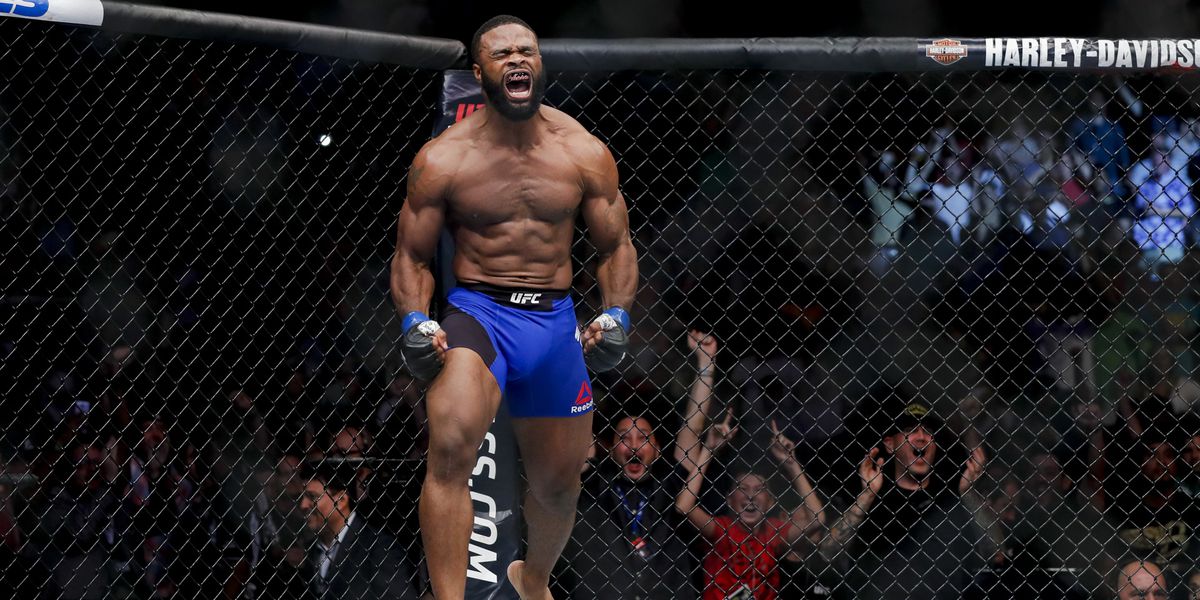 The times have since changed in the UFC landscape since Evans was champion, but he still makes a compelling argument. Do you agree or disagree with the former champ?