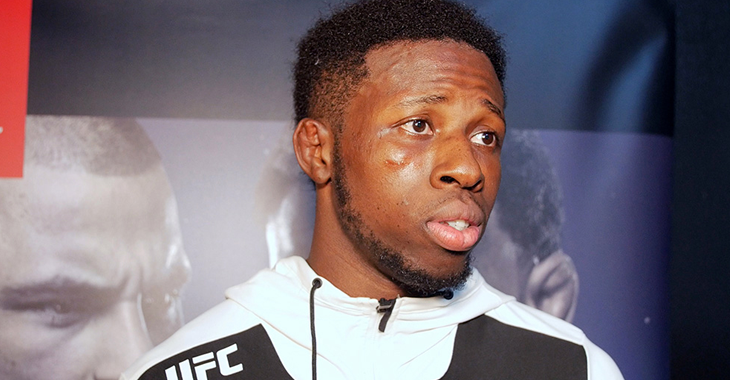 Randy Brown will be fighting at UFC 208 after the UFC was able to find him a replacement opponent. Palestine’s Belal Muhammad has stepped up and will now fight Brown at UFC 208.

After Randy Brown’s original opponent George Sullivan was pulled from UFC 208 due to USADA violation, it seemed all hope was lost for Brown when it came to UFC 208.

Muhammad is 1-2 in the UFC after losing his last via knockout at the hands of Vincente Luque at UFC 205. His last win came against Augusto Montano at UFC Fight Night 94 by TKO in the third round.

Randy Brown, on the other end, is 3-1 in the UFC and is riding high on a two fight win streak. His only UFC loss (only career loss) came at the hands of Michael Graves who beat him by submission (rear-naked choke) at UFC on Fox 19.

Muhammad will most likely be fighting for his job at the event as another loss would take him to 1-3 and could send him spinning out of the promotion. He has never won by submission in his career, something that could play in Brown’s favor as he prefers to stand. The fight will be taking place at Welterweight, where both fighter have spent their entire careers. Brown stands at 6’3 and will have a significant height and reach advantage against Muhammad who stands at 5’10.

Randy Brown was discovered on Dana White’s internet show, “Looking for a Fight”, Brown impressed White and earned himself a UFC contract.  A win for Brown would put him closer to the rankings and earn him a step up in competition.

Muhammad desperately needs a win against the younger fighter Brown, a loss against a non-ranked opponent would put his career in jeopardy and send him back to fighting in smaller organizations. A win would put him at 2-2 in the UFC and put him in a much safer standing with the organization.

This article originally appeared on bjpenn.com on 2/4/2017.