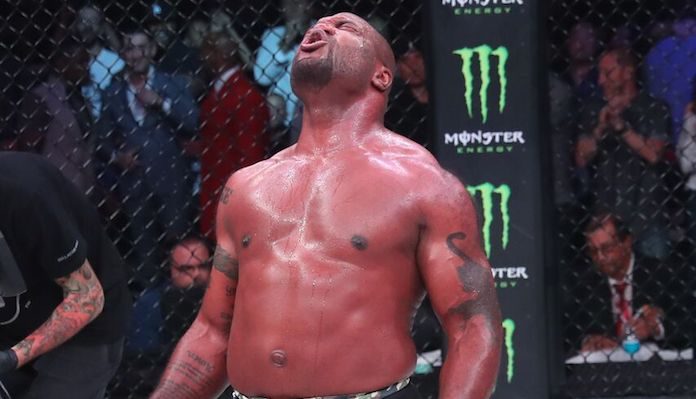 As one of the first major crossover stars in MMA, Quinton ‘Rampage’ Jackson knows what it’s like to be under the constant glare of public scrutiny. Accordingly, he’s in a good position to empathise with the sport’s current biggest star – Conor McGregor.

The former UFC and Pride champion appeared on Ariel Helwani’s MMA Hour this week and gave his opinion on the Irishman and some of his past incidents.

Overall, the 43 year-old was complimentary about McGregor’s contribution to MMA and alluded the fact that’s he’s transcended the sport. He did however, single out an infamous occurrence in 2019 where CCTV footage appeared to show the former champ champ striking a man in a pub.

“I don’t agree with everything Conor says, but I think he’s great for the sport. You know, at the end of the day he’s an entertainer,” Jackson told Helwani.

“In my book, Conor can say and do whatever he wants. He kind of does stuff that makes himself look bad. I’ve never met the guy, but I’m a fan of Conor McGregor for what he’s done for the sport. I just wish he would chill out on beating up old men. That ain’t right. I need to slap some sense into Conor McGregor for that s**t,” he added.

Now, it appears as though Jackson has a comeback in the works. The A-Team star told Helwani that he has a fight lined up against Shannon Briggs.

“It’s going to be a boxing match and then he says he wants to wait six months later [to do MMA]. I’m telling him that’s too long. We gotta wait two or three months and then do an MMA fight,” Jackson told Helwani. 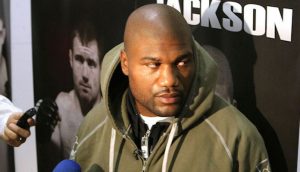 “We’re trying to set up the fight for Dec. 4,” he continued. “I signed the paperwork and stuff like that. I think he’s waiting on one of his promotors. I’m going to let them promote the boxing match because boxing is different than MMA, right? I don’t know how to promote no boxing match. We’re just waiting on a couple of people, but we have the contracts and stuff drawn up.”

Jackson then added that he had put pen to paper on a Letter of Intent (LOI) to fight Briggs.

“We have a couple of venues hitting us up. We’re just weighing out our options. We’re also are trying to do a 24/7. A little reality show. I need to show the world that I’m serious and that I’m training hard. That I’m back in shape,” he explained. “I have a meeting tomorrow with some people who want to give us a reality show. I’m going, to be honest. This guy, for him to be that ugly and that old, he’s very f—king entertaining. He’s fun as hell. This guy is like the boxing version of me, except I’m not as old and ugly as he is.”

Are you looking forward to seeing ‘Rampage’ back in action?