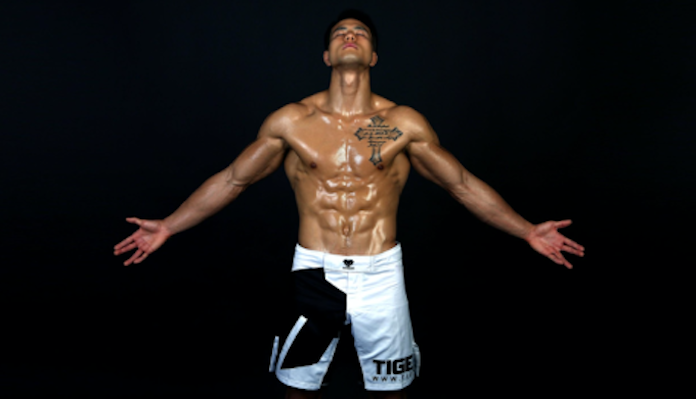 In his home country of South Korea, Sung Bin Jo is already a pretty big deal.

The dashing 28-year old has looks that can rival any K-Pop star, and that has translated to gigs as an image model on television and magazine ads, as well as appearances on shows such as “Bad Papa” and “Cash Back”.

While Jo definitely has what it takes to become a celebrity based on his looks alone, the Seoul native is also making waves in a completely different stage: the mixed-martial arts cage.

Sporting an impressive 9-1 career record with all of his wins coming either by knockout or submission, the man known as “The Korean Falcon” is undoubtedly one of South Korea’s hottest MMA prospects. Now, after a successful, championship-laden run in the regional circuit and a stint in the UFC, Jo is taking his talents to another big MMA stage in the US-based Professional Fighters League or PFL.

The PFL is a rapidly growing MMA league, and that’s thanks in large part to their unique regular season tournament-style format that resonates with any and every avid sports fan, as well as a large distribution setup that helps their product reach 160 countries all over the world. Plus, with their current global expansion initiative, the PFL is breaking into different markets and fan bases across the globe, with Asia being one of the league’s primary targets.

Jo he hopes that being able to compete on a global stage such as the PFL can make him a household name among Asian-American fans.

“I understand that the PFL is broadcast not only in English, but also in Spanish in the United States, so I plan to show everyone that Asians can compete at this level as well,” Jo said. “I will try to make Asian-Americans interested in the PFL after they see my performance there.”

“I am a fighter who was born, raised, and trained in South Korea. In the PFL, I will show that I can fight and succeed on the global stage,” Jo added.

Jo also believes that the PFL’s worldwide reach can help him put Korean mixed martial arts on the map.

“I think the PFL is an MMA organization that can let the world know of the name of my country just by having me, a fighter of Korean nationality, compete on their platform.”

Being the first Korean to be signed by the PFL, Jo hopes to be able to pave the way for other aspiring Korean mixed martial artists to join the league in the future as well.

“I am the first Korean to sign a contract with the PFL. I will set a good precedent by succeeding in the PFL, so that other Korean fighters can also dream and aspire to be on this stage and say ‘I want to be on big events like Sung Bin Jo’,” he concluded.

Newly-hired PFL Vice President Loren Mack, who has years of experience in sports and on the Asian MMA scene, knows that Jo has the makings of a star.

“The kid is a complete package. He has the look and he obviously has the talent. He’s the type of competitor that can draw in not just fans in Asia, but also the Asian-American fan base that we have in the US as well, and that’s going to be a big deal,” Mack said.

Sung Bin Jo was recently announced by the PFL as one of their eight new talent acquisitions, and is expected to make his debut when the league returns to action in April of 2021.