The 29-year-old has been out of action since her loss to Raquel Pennington in April. That bout wound up being the last in the promotion for Ladd. Following that, she had two failed bookings with former title challenger Sara McMann.

The second cancelation came after Ladd missed weight, her third time in the UFC doing so. Following that weight miss, she was released from the promotion, exiting the octagon with a 4-3 record.

The PFL wasted little time in picking up Aspen Ladd, as they signed her earlier this month. The hope was that she would compete at women’s featherweight, after suffering to make 135-pounds in the UFC.

It appears that will indeed be the case, as the former UFC contender already has her first fight booked. Ladd announced on The MMA Hour with Ariel Helwani earlier today that she will be making her debut on November 25th. The news was first reported by MMAMania. The card is taking place at Madison Square Garden in New York.

Opposite Ladd is former Bellator women’s featherweight champion Julia Budd. ‘The Jewel’ signed to PFL earlier this year and debuted with a win over Kaitlin Young. However, she recently suffered a loss to Genah Fabian in May. 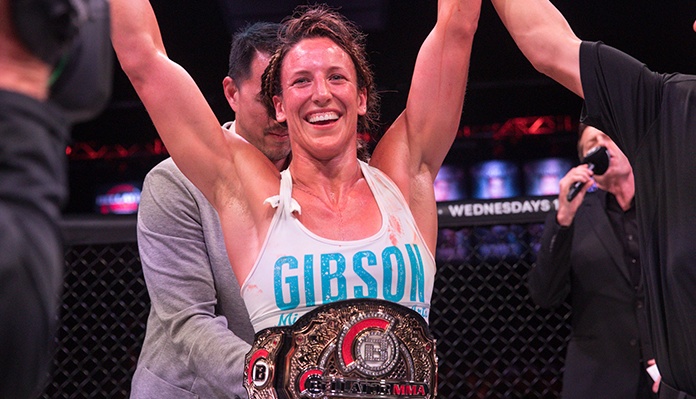 “I am fighting [on November 25th], and I am thrilled. It’s pretty much a fighter’s dream to fight in Madison Square Garden,” stated Ladd on The MMA Hour. “I’m excited I don’t have to wait until next April, because I was originally set to start next season. I’ve been waiting to know if I was going to be on it, and I got the confirmation last week.”

As of now, the November 25th pay-per-view card is set to be headlined by Kayla Harrison vs. Larissa Pacheco 3. As is tradition with PFL end of the year events, the card will be filled with championship matchups.

Are you excited for this fight? How do you think Aspen Ladd will do in the PFL? Sound off in the comment section below PENN Nation!