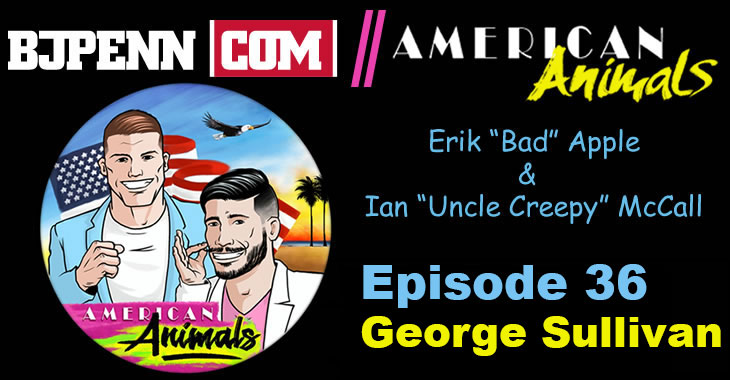 Sullivan shares with us his fight to maintain his in-ring career with the UFC.

On this episode of American Animals, Ian McCall is back in the studio with Erik Apple to bring the fans the biggest, and best, in all of MMA. The Animals are joined by UFC veteran, George Sullivan, to discuss his in-ring career dating back to 2006, and his recent dealings with USADA. Sullivan is the first competitor to be flagged twice by USADA since it became the UFC’s anti-doping partner in July of 2015. He has been notified of potential violations prior to his bouts with Hèctor Urbina (UFC on Fox 20), and after returning from his initial suspension to face Randy Brown (UFC 208). George tells us about the questionable circumstances surrounding these suspensions, his fight to re-enter the octagon, and how he juggles all of this while maintaining a life at home with his family. Step inside the cage with this episode of American Animals!