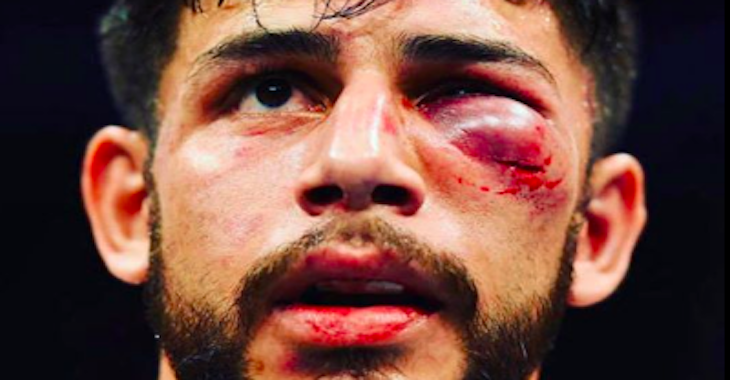 This past weekend at UFC 211, streaking featherweight prospect Yair Rodriguez stepped into the Octagon with former UFC light heavyweight champion Frankie Edgar in a pivotal featherweight battle. For Edgar, he was looking to pick up his second straight win after bouncing back from a UFC 200 defeat to Jose Aldo for the interim title by defeating Jeremy Stephens via unanimous decision at UFC 205. For Rodriguez on the other hand, he was looking to pick up the biggest win of his career, as well as his 7th straight win in the UFC.

Going into the fight, many believed that Edgar was the biggest test of El Pantera’s career, making the fight an extremely high-stakes one for ‘The Answer’. When the pair stepped into the Octagon, Edgar dominated the fight through the first two rounds before the doctor ultimately stopped the fight due to a horrific eye injury sustained by Rodriguez as a result of the vicious ground and pound from Frankie Edgar.

Several days following the fight, Rodriguez took to social media to show off the return of his eye!

“So the recovery is going, I can open my eyes and let’s have a good rhythm for the inflammation! Today I went to move a little to the gym just to stretch and loosen the muscles a bit and prepare for whatever comes next!” Only time will tell what is next for the young prospect.