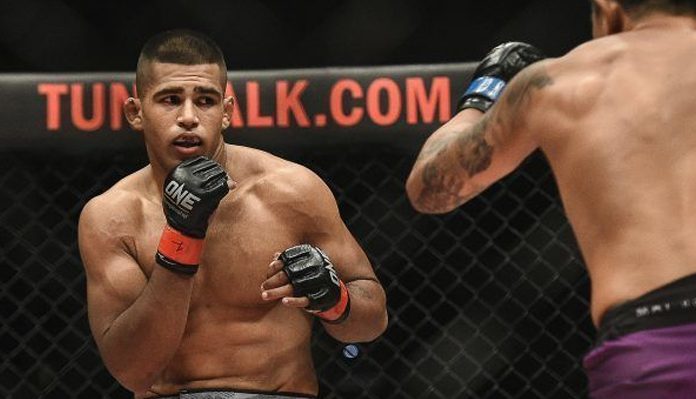 Agilan Thani is seen as the shining light of the booming Malaysian mixed martial arts scene. But after hitting a rough patch, his upcoming bout — the co-main event at ONE: LEGENDARY QUEST on 15 June in Shanghai — is a must-win.

After beating Amitesh Chaubey in March 2018, Thani has been on the losing end in his last two matchups, absorbing stoppage losses to current ONE Welterweight World Champion Zebaztian Kadestam and top contender Kiamrian Abbasov in 2018.

Apart from the losses, Thani also suffered a back injury which required surgery and a lengthy recovery time frame. Along the way, he dealt with a lot of transition as well, from losing his girlfriend to training with a new team. Now, he has a chance to get his career back on track. But a seasoned veteran and Japanese legend making his mixed martial arts return could prevent him from doing so.

Yoshiro Akiyama a.k.a. Sexiyama is 43, 20 years older than Thani, and packed with experience from his years as a Judoka and mixed martial artist.

Sexiyama has faced some of the most well-known and respected competitors during his time in the sport, owning wins over Melvin Manhoef, Denis Kang, and Alan Belcher to name a few. He’s also been in in the ring with Kazushi Sakuraba, Chris Leben, Vitor Belfort, and Michael Bisping, among others. When it comes to Japanese martial artists, only a few sit higher on the list than Sexiyama. 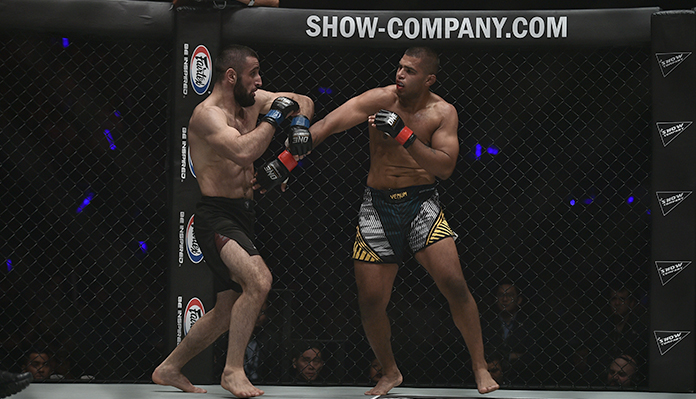 The age difference, however, clearly favors Thani. There are only a few sports where an athlete would have a physical advantage over an opponent 20 years younger. Akiyama’s physical strength will be on display in this battle. But Thani has the edge in speed, agility, and reflexes.

Akiyama is also coming off a long layoff and hasn’t competed in four years. That is a significant layoff for any athlete, but it could be even more impacting for a mixed martial artist in his 40s. Thani, on the other hand, has been very active.

Since 2015, Thani has been competing an average of three times a year. In fact, having his first bout in June is unusual because it doesn’t leave much room for him to squeeze in two more matches later this year; unless, of course, he scores a quick finish against Akiyama.

To further compound Akiyama’s daunting task of defeating Thani, he hasn’t been in top form in his most recent matches. Before walking away from the sport in 2015, he lost five of his six bouts. Again, all of the momentum and factors that could affect this matchup seem to be working in Thani’s favor.

Throughout his career, Thani has only lost to the top competition in his weight class. Before bowing to Kadestam and Abbasov, Thani’s only loss came to former ONE Welterweight World Champion Ben Askren in May 2017 at ONE: DYNASTY OF HEROES. There is no shame in losing to Askren, Kadestam, or Abbasov. But when you’re as highly touted as Thani, there is a certain expectation for competition at that level. This match against Akiyama isn’t on that level, which is why Thani is expected to win. 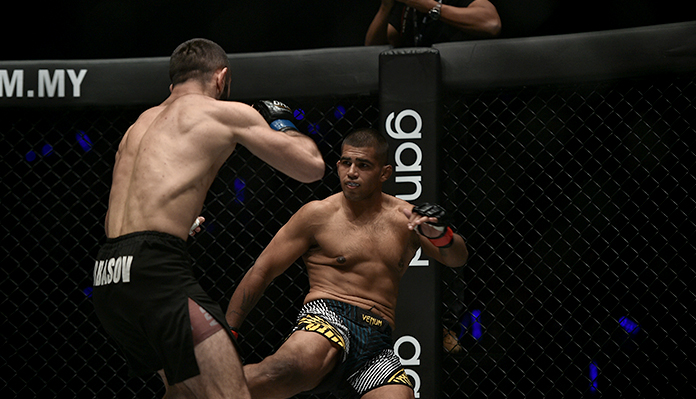 A loss would plummet Thani’s stock in the eyes of many. But more than that, it would greatly affect his confidence — especially since it would be a third straight loss for him. If that happens, he wouldn’t be getting a title shot anytime soon.

But one should never underestimate Thani’s heart and resilience. He recognizes where he is in his career and life and has put in the work to get himself in a position to succeed.

Showing up in better physical condition would be a plus, since there have been times in the past where he was a little softer than he needed to be in the midsection. He is of thick build, so there is room for a higher degree of fitness. Perhaps the past losses turned out to be a blessing in disguise.

The subtractions in his life may also serve as an initiator for him to put more focus on his training. It appears Thani isn’t looking past Akiyama, which is a good thing. If he is focused, this is a match Thani should win.