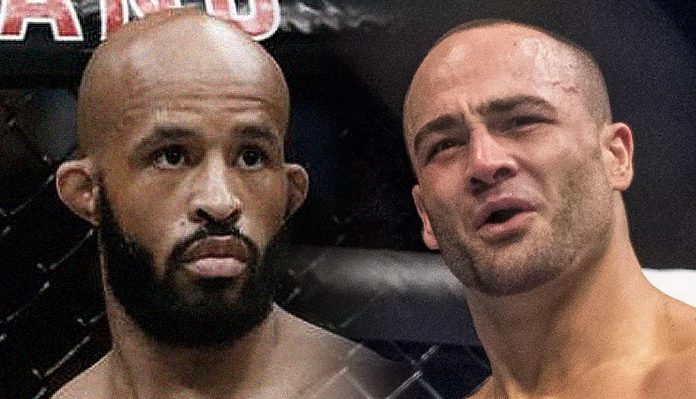 The next ONE Championship appearances of former UFC champs Eddie Alvarez and Demetrious Johnson are now official. Both men are set to return on August 2 at ONE: Dawn of Heroes in Manila, Philippines.

Eddie Alvarez will make his return against two-time ONE lightweight champion Eduard Folayang. This booking, which looks like a 2019 Fight of the Year contender on paper, will mark Alvarez’s opportunity to rebound from a failed ONE debut opposite Timofey Nastyukhin, and Folayang’s chance to rebound from a title loss to Shinya Aoki.

Demetrious Johnson, meanwhile, will meet Japan’s Tatsumitsu Wada in the second round of the ONE Flyweight World Grand Prix. The former UFC flyweight champion advanced to the semifinals of the tournament with second-round submission of the game Yuya Wakamatsu in March, while Tatsumitsu Wada cleared the quarterfinals when he picked up a close decision win over Cuba’s Gustavo Balart.

The card will also feature the other semifinal ONE Flyweight World Grand Prix bout, as former champion Kairat Akhmetov looks to get by Team Lakay’s Danny Kingad.

Also featured on the bill is a Lightweight Grand Prix semifinal bout between Timofey Nastyukhin and Honorio Banario. Nastyukhin was supposed to meet Hawaii’s Lowen Tynanes, but the Hawaiian has been forced out of the tournament with an injury.

This ONE: Dawn of Heroes card will be topped by a ONE Flyweight Muay Thai World Title fight between new champion Jonathan Haggerty and all-action Thai star Rodtang Jitmuangnon.

Here’s the full lineup released so far. To call this one stacked would be an understatement!